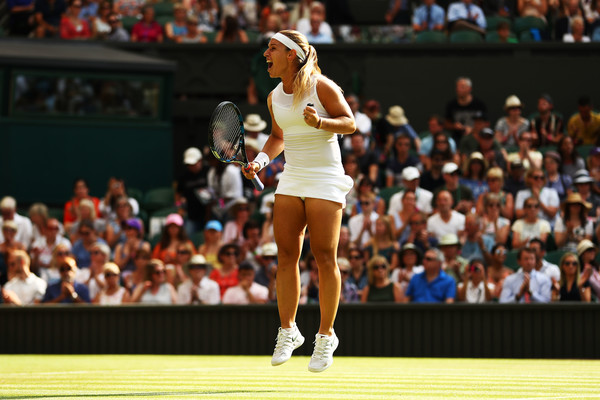 Johanna Konta will drop to No.44 in the world rankings after a disappointing 6-3 6-4 defeat to Dominika Cibulkova in the second round of Wimbledon 2018.

The British number one reached the semi-final last year in thrilling fashion, but she was unable to produce the form she showed during that run.

Konta did not play particularly badly. She hit 10 aces, got 61% of her first serves in and won 74% of points behind them. She also defended quite well against the aggressive play of Cibulkova.

However, the Slovakian simply did everything a little better than the Brit. She dominated on serve – she won 41 of the 52 points played on it – and she hit 14 winners and made just six unforced errors.

Cibulkova also won 39% of the points on Konta’s serve, which was crucial as it enabled her to break the Brit once in each set and win 6-3 6-4. 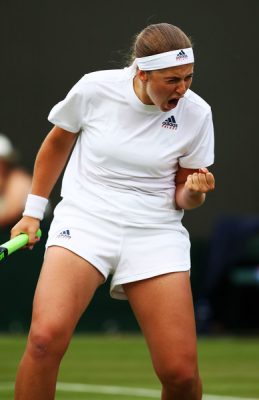 After three days of big shocks in the women’s draw at Wimbledon 2018, most of the seeds in action stepped up and delivered when it mattered on day four.

Jelena Ostapenko produced an impressive display to brush Kirsten Flipkens aside 6-1 6-3 in just 55 minutes. She won 83% of points behind her first serve, hit 19 winners and made just 14 unforced errors. She will take on Vitalia Diatchenko, who beat Sofia Kenin 6-4 6-1, in round three.

Angelique Kerber recovered after losing the first set to American qualifier Claire Liu to come through 3-6 6-2 6-4. She will now play Naomi Osaka in what could be a very entertaining third-round clash.

The World No.18 dealt superbly with an encouraging performance from Katie Boulter. The Brit performed well and made just six unforced errors, but the Japanese player raised her game to play even better and win 6-3 6-4.

Daria Kasatkina demonstrated all her skills during her comfortable 6-2 6-3 victory over Yulia Putintseva. She can now look forward to an intriguing third-round encounter with Ashleigh Barty, who withstood a strong challenge from Eugenie Bouchard to win 6-4 7-5.

Elise Mertens breezed past Sachia Vickery 6-1 6-3 to set up a meeting with Cibulkova and Barbora Strycova beat Lesia Tsurenko 6-1 6-4 to earn a match with Julia Goerges.

Daria Gavrilova got the better of Sam Stosur 6-4 6-1 in the all-Australian clash. She now faces a tough task against Petra Kvitova’s conqueror Aliaksandra Sasnovich, who continued her excellent form with a 6-0 6-4 demolition of Taylor Townsend.

Away from the seeded players, there was an encouraging win for Belinda Bencic. The Swiss player, who was ranked World No.7 in February 2016 before she suffered a series of injuries, battled to a 1-6 7-6(10) 6-2 win over Alison Riske to reach the third round of a Grand Slam for the first time since the US Open in 2016.

“I’m not really sure what turned it around,” Bencic said. “I guess (there were) some key moments where I just stayed in the match and not let her go to, like, 1-3 in the second set. I just really tried to fight till the end.”