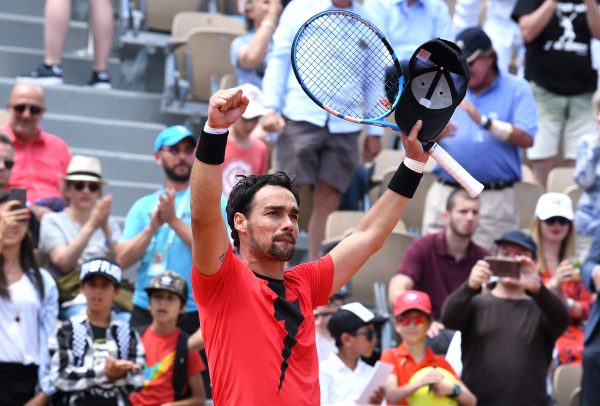 Fabio Fognini has become the first Italian player to win the men’s Swedish Open since 2001 after battling through a three-set encounter with Richard Gasquet.

Fognini, who was seeded fourth in the draw, required an hour and 46 minutes to overcome his French rival and prevail 6-3, 3-6, 6-1. Hitting five aces and converting six out of his 11 break point opportunities in the process. The 31-year-old now has 7 ATP titles to his name. All of which have been achieved on the clay.

“For sure, I’m really happy (to have won the title).” Fognini said during his on-court interview.
“I would like to congratulate Richard for the great week. It is always tough to play against him.”

Runner-up Gasquet refused to be downbeat as he paid tribute to his rival. The 32-year-old was contesting his 31st final on the ATP Tour and the third this season. He was bidding to win his first trophy on the clay since May 2015.

“[Fabio] is a very good player. He played well and he deserved this win,” Gasquet told atpworldtour.com. “It was my first time in Båstad… I am very happy to be here, finally. It is one of the best tournaments… for sure I will come back next year and try to win.”

In the history of the Swedish Open, only five Italian men have won the tournament since it was first played in 1948. Besides Fognini, other past winners were Antonio Zugarelli (1976), Corrado Barazzutti (1977), Paolo Cane (1989) and Andrea Gaudenzi (2001).

Bastad is Fognini’s second title of the year after his triumph at the Sao Paulo Open in March. He has now reached the semi-final of better at five tournaments so far in 2018. His only top 10 win this year was against Dominic Thiem at the Italian Open.

Following on from his triumph in the singles, Fognini had a shot of achieving double glory. Paired with Simone Bolelli, the two were seeking their first trophy together since the 2015 Australian Open. The duo failed to win the doubles title after being edged out 6-3, 6-4, by the South American team of Horacio Zeballos and Julio Peralta.