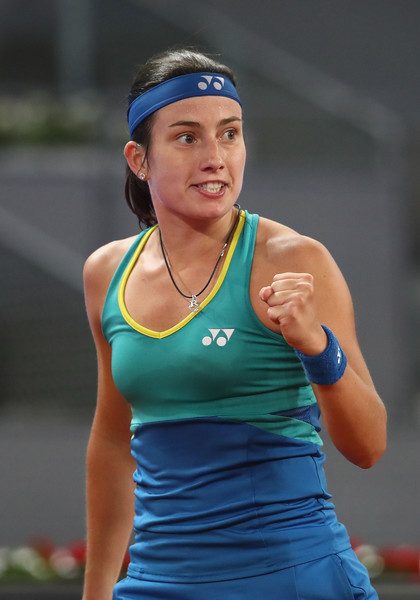 Top seed Anastasija Sevastova rolled through the field in Bucharest, dropping just two sets across five matches to win her first title of the season — and first on clay in eight years — on Sunday afternoon.

She capped her week with a 7-6, 6-2 win over fifth seeded Petra Martic, using a 66-minute first set victory as a springboard to an easy closing set. She survived a five-game stretch in the first set in which neither player held serve, eventually using Martic’s poor first serve numbers — just 56 percent in play and 49 percent of points won — to pull away.

The 28-year-old shifted the match in her favor by saving four break points at 5-5 in the opening frame, stemming the tsunami of breaks. She excelled in the subsequent tiebreak, hitting two strong forehands, one each deep and short, to win a pair of points on Martic’s serve, then added another on her second set point to secure her lead.

A demoralized Martic, who sought her first tour-level victory, began stringing errors together, combining several at 1-1 to give Sevastova a 0-40 edge. The Latvian dinked a well-placed drop shot that Martic, the world No. 60, could only push long, handing the top seed a comfortable lead. More errors from the Croatian gave Sevastova another 0-40 late in the set, which she converted on first asking with a backhand into the open court.

Sevastova served out the title in the next game, hitting an easy forehand past Martic on her second championship point.

“Petra, we’ve known each other so, so long, and you’re a great player, you’re amazing,” Sevastova said. “You’ll be in many finals, I’m sure of it. A great tournament here.”

That straightforward set, in which Sevastova converted the only two break points, stood in stark contrast to the first. Martic twice failed to consolidate break leads after Sevastova lost an early edge as both returners displayed pinpoint power and the servers struggled to win half of points on their respective serves.

Sevastova’s shotmaking was noticeably better, however, as she tallied 30 total aces to 16 for Martic, securing her first title since Mallorca just over a year ago on grass. It also marked one place better from two years ago in Bucharest for the Latvian, who fell to Simona Halep 6-0, 6-0.

The title is just the third for Sevastova, and the second since returning from retirement in 2015. She will move up two places to No. 20 in the rankings.

“You really fought hard and you deserved this title,” Martic said.

Related Topics:Anastasija Sevastova
Up Next

Alizé Cornet beats Mandy Minella to lift her in Gstaad