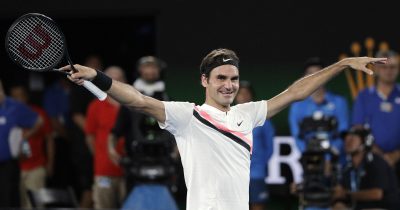 Former World No. 4 Robin Soderling has revealed the big reason behind 20-time Grand Slam champion Roger Federer’s decision to continue playing tennis despite having won almost everything that is there to be won in the sport.

Soderling became the first man to defeat current World No. 1 Rafael Nadal at the French Open, sending shock waves across the tennis world when he stunned the then defending champion in the fourth round in 2009.

The Swede, who is in Paris as a commentator was speaking to reporters on Thursday, where he explained how the rivalry between the Swiss legend and the Majorcan has helped them in developing their respective games. Indeed, both the greats have helped each other in improving a certain aspect of their game, for example, Federer was forced to work on his backhand, while the Basel native’s dominance on the grass courts of Europe required the Spaniard to make changes to his play on the lawns.

Soderling said: “They’re just different persons from all of us.

“They both — or especially Rafa, he’s been struggling with injuries a lot throughout basically all his career, but he always comes back.

“I think both him and Roger now are doing a smart thing. They are trying to scale down their schedule, not playing as many tournaments just to have the chance to play, to play as long as possible.

“But it’s amazing. I think even more amazing is to see they can still be hungry. They won everything – both of them won everything and not only once but so many times.

“But they are still hungry. But I really think that the rivalry between them on court has helped them both.

“I think that’s one of the reasons Roger is still playing, because he feels that, ‘Okay, if I retire now or any time soon, if Rafa plays a few more years, maybe he will beat a few of my records’.

“So he definitely wants to, when he retires or when they both retire, I think they both want to be the one that won more than the other one.”

Marco Cecchinato: “I saw ghosts during the tie-break against Novak Djokovic”