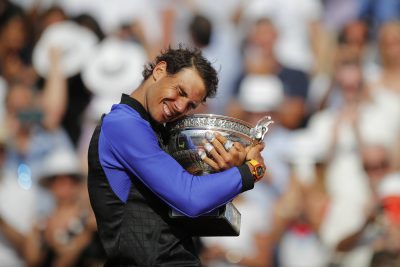 Three-time Grand Slam semifinalist Gasquet, who will face Nadal in the third round of the French Open on Saturday admitted that the draw was not kind to him in the last few Grand Slams.

The Frenchman was knocked out of the Australian Open exactly at the same stage by eventual champion Roger Federer. And before his arrival in Paris, Gasquet’s gut feeling told him he could meet Nadal for a place in the round of 16 of the tournament.

The former junior World No. 1 has never beaten Nadal in their previous 15 meetings, making the task of defeating the defending champion that more difficult in the French capital. With the 31-year-old Rafa looking for a record extending 11th title at Roland Garros, there’s not much Gasquet can do, but he insisted he will still fight it out with the Majorcan on the court.

“Well, you see it [the draw], you know it,’ Gasquet said after his second round win over Malek Jaziri.

“I had it in the back of my mind, but I had to first play the other matches. I knew it wasn’t going to be that easy.

“Obviously now it’s a different thing, but I’ll try to do my best (against Rafael Nadal).

“He’s extraordinary. We all know he is. So I’m not going to repeat that all day long.

“But I’m not going to think about it throughout the day and think he’s an incredible player; we all know it. I’ll try to play a good match.”

Rafael Nadal Reveals How Injuries Have Troubled Him In 2018