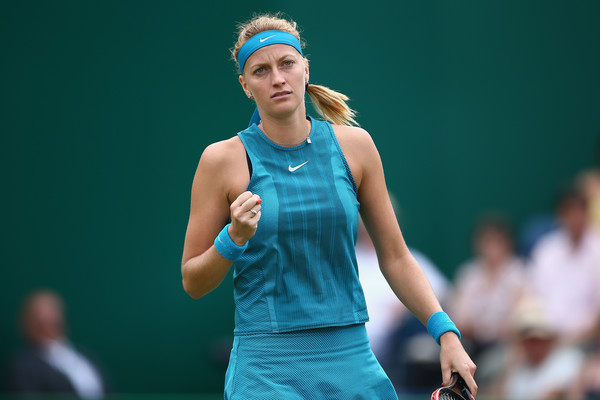 Petra Kvitova earned the chance to defend her title in Birmingham with a comfortable 6-3 6-2 victory over surprise semi-finalist Mihaela Buzarnescu.

The Czech, 28, is yet to drop a set at the Nature Valley Classic this year and will now fight it out with Magdalena Rybarikova for the Maud Watson trophy.

“I think it will be fun for both of us,” Kvitova said. “We are friends and we watch the football every night. We have known each other for a pretty long time after many years on the tour together.”

“I think we kind of grew in the rankings together. We played some doubles, which was always fun. She’s a fun girl with a fun game – a tricky game – on the grass.”

“We practice here once as well. I think it’s nice to see someone who you are friends with in the final.”

In today’s match, both players had opportunities to take control of the first set. But Buzarnescu did not manage to convert either of her break points in game three and Kvitova broke her in the next game to lead 3-1.

The Romanian dug in and broke back immediately, only to drop serve again and fall behind once more. This time it cost her, as the World No.8 held twice to secure the opening set.

Kvitova won the second set more comfortably because she was more dominant on serve. She sailed through her first service game, broke Buzarnescu and then held again to establish a 3-1 lead.

The Czech saved the only two break points she faced all set in game six. Then she earned another break before serving out the next game to seal an emphatic win.

Kvitova: I produced my best tennis on the important points 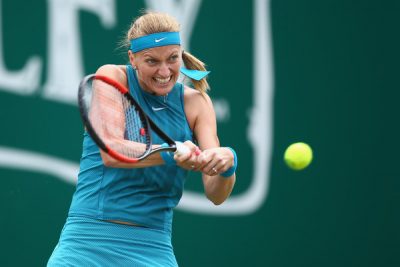 “On the important points, I played well,” Kvitova said. “I played my best when I was down 15-40 in two games, when I faced some break points.”

“I had to serve well and play well to stay in the game and then turn it around. I knew Buzarnescu was returning pretty well as she showed today but, on the key points, I served better.”

The Czech continued, “I’m still trying to find the perfect timing on my serves as it’s still not there. But luckily on those important points, even when I missed my first serve, the second serve was pretty big. That’s great to have.”

“I think it’s about confidence as well. In the past, sometimes I would hit a double fault on break point. Now it’s a little bit of a different story and it’s showing in the results.”