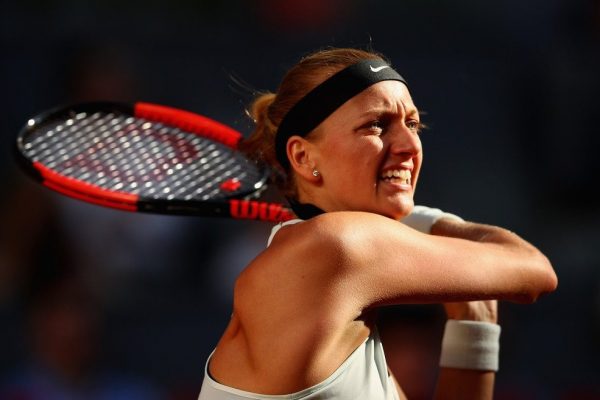 The two players will clash in the first round of the Birmingham Classic on Tuesday in what promises to be a mouthwatering clash. Kvitova, who is seeded fourth in the tournament, has a head-to-head record of 2-1 against the Brit. However, they haven’t  played against each other since 2016.

“I feel that sometimes she can’t really miss and she puts everything pretty close to the baseline so you don’t really have a chance to do anything with the ball back,” said the Czech.

“She served really well (when she beat me in Eastbourne in 2016), which I can’t do anything against, so I just need to focus on myself and waiting for some chances if they come. I think that she has good tactics, plays well from the baseline and doesn’t really give any time to her opponents.”

Konta is also very wary of the threat Kvitova possesses. “I know Kvitova is playing really well,” she said.

“She’s had an incredible season so far so I’m going to be playing against a very in-form Petra, which is a great challenge for me and a great opportunity to see how well I can compete.”

However, the Brit has faith in her ability. She said, “Whoever I step out on court against, I trust in my game that I am good enough to create chances to come through.”

Both players also commented on being drawn to play one another. “It’s a great first round for the tournament, for the people and hopefully for us as well,” said Kvitova.

“You learn to expect (first rounds like this) at these tournaments,” said Konta. “The level of field is always incredibly strong so I’m not surprised.”

Konta and Kvitova both admitted that they feel under pressure to perform at this time of year after strong grass court seasons in 2017.

“Last time I was just really enjoying being on the grass, playing tennis,” said the Czech. “I wasn’t really thinking about anything else. It was just pure happiness.”

Meanwhile, Konta is targeting the biggest prizes in the game. “I’d like to be a Grand Slam champion,” she said. “That’s what I work towards and I would definitely love to be holding the Wimbledon trophy. But I’m focused on the work to be done and, if it’s in the cards for me, I’ll be very pleased.”

It promises to be a fascinating match. Both players are in form and highly motivated to go out on court and produce their best tennis, so it could go either way.

Elina Svitolina Feeling Happier On Grass After Victory Over Vekic

Karolina Pliskova Knocked Out By Rybarikova