Petra Kvitova Rises To The Challenge Of Konta - UBITENNIS 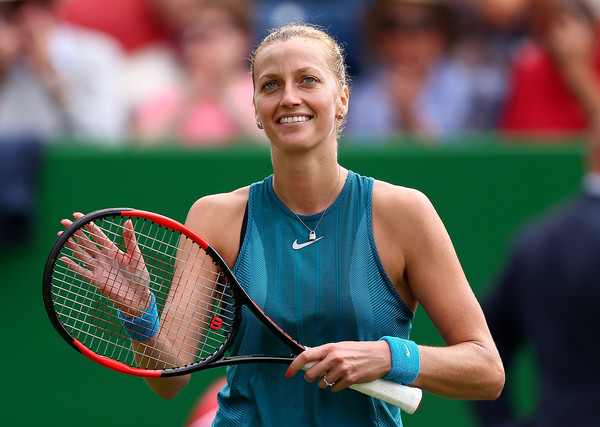 Defending champion Petra Kvitova defeated Johanna Konta 6-3 6-4 to reach the second round at the Nature Valley Classic in Birmingham.

The Czech is in scintillating form in 2018. She has won four titles – St Petersburg, Doha, Prague and Madrid – and has a win-loss record of 33-7 so far.

But Kvitova was made to work hard for victory by Konta, who played well last week to reach the Nottingham final for the second successive year.

Ultimately the match was decided by who played better tennis on the key points. In the first set, the World No.8 stepped it up exactly when she needed to win three straight points and break the Brit in game six.

The Czech won the second set in a different way, as she earned the break she needed thanks to two consecutive double faults from Konta.

Kvitova reflects on a good display

“It was really not easy playing Jo here,” Kvitova said. “She had a couple of great matches in Nottingham, so it showed me something.”

“I’m glad after three days on the grass I could play a good game. Of course there are a couple things I can improve, but overall for the first match I think it was fine.”

The Czech was happy with how she hit her second serves. “With the slice from a lefty, it’s always kind of challenging for the opponent,” she said.

“The first serve was good sometimes. And when we played a rally, it was me who was dominating a little bit. I think Jo had a few troubles with the depth of the ball (I was hitting).” 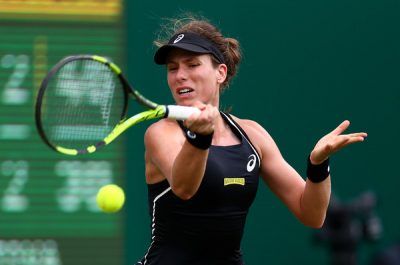 Konta believes facing Kvitova is one of the toughest challenges on the WTA tour. “She’s one of the best players in the world right now,” she said.

“Going out there today, I knew there was going to be a very small chance that she was going to go off. I think for 90% of the match I was actually quite shoulder to shoulder with her, which was a very positive thing for me.”

“I think that that 10% is what I’m working on right now, to be able to do just that bit better and, yeah, to come through in some of those close moments.”

Kvitova is feeling good about the rest of the grass season. She said, “I like playing on the grass, which always brings more energy to me.”

“I needed the break I had after the French. I’m looking forward to my next one after Wimbledon. But overall I felt good with the energy (today). That’s important.”