Magdalena Rybarikova: I Know What To Do On Grass - UBITENNIS 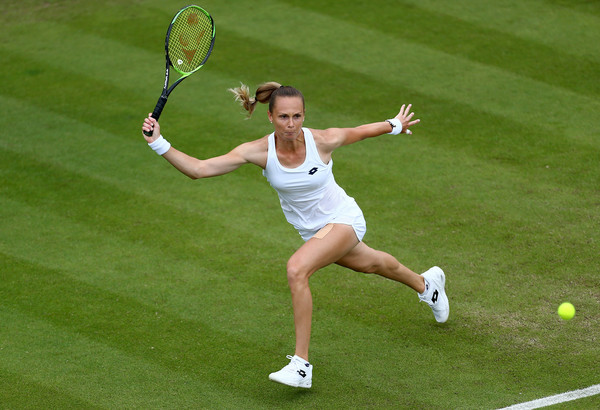 Magdalena Rybarikova enjoys playing on grass because she knows she needs to do to win, as she demonstrated during her comeback from a set down to beat Kristina Mladenovic 3-6 6-2 6-1 in at the Nature Valley Classic.

“Sometimes you get too nervous (in a match),” she said. “You don’t focus on the right things. Then when you’re clearer in your head, you know suddenly what to do.”

“You read better and that is the key. I think that was great for me. That was what I was very good at last season on grass.”

Rybarikova continued, “In the first set (today), I was little bit passive. I didn’t go for it that much. My returns weren’t that good and she went for it and deserved to win it.”

“In the second set I relaxed a little bit more. I was calmer and just taking my time. And then in the third set, everything worked for me.”

The Slovakian is through to the quarter-final stage in Birmingham for the fourth time in her career. However, it is her first time in the last eight since the event was upgraded to Premier status.

Rybarikova to face Jakupovic in the last eight 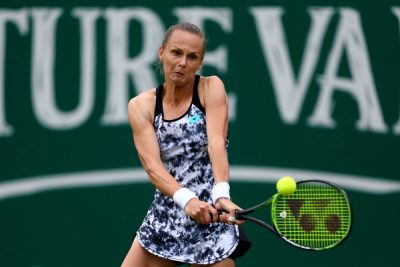 Rybarikova arguably has a great chance to go even further in the tournament as she is due to play a qualifier next.

Dalila Jakupovic advanced to the quarter-final courtesy of Naomi Osaka’s unfortunate withdrawal with an abdominal injury.

The Slovenian, who had won the first set 6-3 when her match with the World No.18 was cut short, is enjoying her breakthrough season on the WTA tour.

She reached her first-ever WTA semi-final in Bogota in April and made it through qualification at events in Taipei, Monterrey and Istanbul.

Jakupovic then followed up those performances by reaching the quarter-final in Nottingham. She has now surpassed that achievement by progressing to the same stage at this week’s Premier event in Birmingham, and she will be rewarded with a ranking inside the top 100 for the first time in her career.

Considering the Slovenian’s sudden rise, it is unsurprising that Rybarikova is not familiar with her.

“I was expecting Osaka to be honest,” she said. “I don’t know much about her as I never played her. But I guess she’s playing well because she beat Mertens in the first round.”

The Slovakian said she would watch footage of Jakupovic’s matches before she takes her on.

She said, “I think my coach watched the match a little bit and will tell me more. She’s definitely playing well right now. Even though Osaka retired, that’s going to be a tough one for sure.”

Elina Svitolina: I Always Have The Highest Goals For Every Tournament