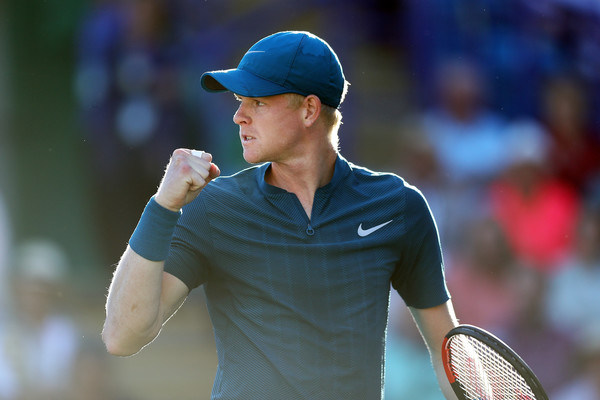 Kyle Edmund showed why he is now a Top 20 player as he beat Andy Murray 6-4 6-4 to book his spot in the Eastbourne quarter-finals.

The Brit, 23, broke into the Top 50 in October 2016, but stepped up another level when he powered his way to the Australian Open semi-final in January this year.

Today Edmund faced the strange situation of being the favourite in a match against Murray, who has been something of a mentor to the young Brit.

“To beat someone who was an idol, and then someone who helps you out, seems strange,” he said. “But at the same time it shows I have improved a lot.”

“It’s difficult put it in words: it’s not nice playing them, but to have that win definitely gives you a lot of confidence and belief.”

Edmund continued, “I always try to be realistic: seeing where he’s come from and that it’s only his third match since coming back.”

At the start of the match, the young Brit handled the occasion well and earned an immediate break to calm his nerves.

The World No.18 then had to save four break points to hold. But once he had, he found a good rhythm on his serve for the rest of the set and earned four more comfortable holds to take it 6-4.

Things were much more complicated in the second set, and it all hinged on the fifth game. Murray had game point three times but Edmund pegged him back to deuce every time.

Then the break points started. The elder Brit managed to save three of them but could do nothing about the fourth as his younger opponent forged ahead.

Edmund followed that break with a love hold and then broke Murray again to lead 5-2. The three-time Grand Slam champion dug in and dragged it back to 5-4, but the younger Brit seemed determined not to waste his second chance to serve it out.

Edmund reflects on a unique occasion 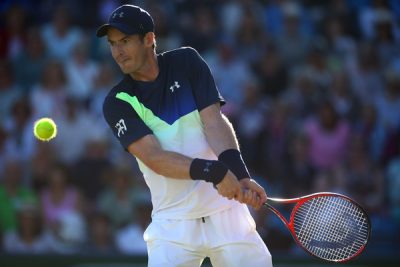 “It wasn’t awkward in terms of game style, because we know each other reasonably well,” Edmund said.

“When we first got to know each other, there was a big difference in terms of level and ranking: he’s the best-ever British player and one of the best tennis players that has ever lived.”

“So it was amazing to be part of that as a young 17-year-old who just got a pro ranking.”

The Brit continued, “And all these years later it was weird playing at Queen’s first, and now to be on the winning end, but that’s sport. It happens. You have to be selfish and win. He probably did the same thing when he beat Tim for the first time.”

Edmund’s reward for defeating Murray is a quarter-final clash with Mikhail Kukushkin, who thrashed David Ferrer 6-2 6-0.

Caroline Wozniacki: I Can Win Wimbledon