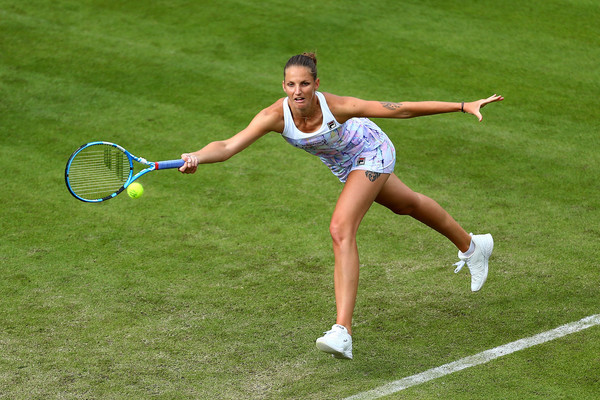 Karolina Pliskova lasted just 64 minutes in the Nature Valley Classic as she was beaten by Magdalena Rybarikova on grass for the second year in succession.

The Slovakian stunned the World No.7 over three sets in round two of Wimbledon 2017 and earned an even more convincing victory – 6-2 6-3 – on this occasion in Birmingham.

Rybarikova made a brilliant start to the match. She attacked Pliskova’s serve and broke her twice to open up a 4-0 lead.

The Czech managed to hold serve twice to avoid a bagel set but she already knew she was in big trouble.

Pliskova fought hard to keep the match alive in the second set but Rybarikova served outstandingly well. The Slovakian won 93% of points behind her first serve and 60% behind her second.

This meant she never faced a break point in the second set and eventually that pressure took its toll on the World No.7 as she surrendered her serve in games five and nine to lose the set 6-3.

“Maybe Pliskova does not like my style because I change the rhythm a lot,” Rybarikova said after the match.

“I also tried to put a lot of returns back, which I think is tough for her because she is used to getting a lot of free points from her serve. I was focusing on the returns today and it was really working.” 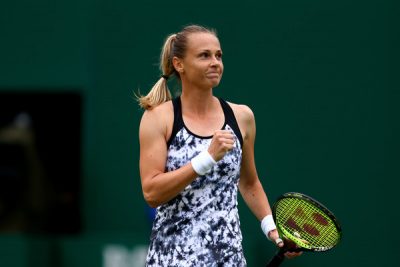 The Slovakian is happy to be back on a surface that suits her. “I was really looking forward to (this part of the season) because I love playing on grass.”

However, it has taken her a while to adapt after the clay swing. “It’s difficult,” she said. “I was feeling it in Nottingham because last year I only played one tournament on clay and this year I played four.”

“But after Nottingham I practiced my grass style and it worked really well today.”

During the grass court season in 2017, Rybarikova won ITF events in Surbiton and Ilkley and reached the semi-finals at Wimbledon and Nottingham. The Slovakian admitted she is feeling the pressure to perform well again, but she is trying not to think about it.

“Definitely people are expecting more of me and expecting that I am going to play like last year,” she said. This is obviously going to be very difficult.”

“I’m not a player who is always likely to reach the semi-final of a Grand Slam so it’s tough to repeat that. I’m trying to block it out and I really relaxed on court today so I’m very pleased about that.” 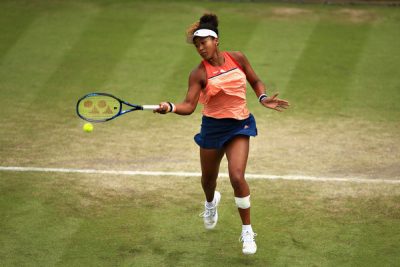 Naomi Osaka brushed aside the challenge of Britain’s Katie Boulter 6-1 6-2. The Japanese player dominated every aspect of the match and wrapped up victory in just 54 minutes.

“Doing well at Indian Wells helped me a lot with my confidence,” said Osaka. “But for me I always thought I played better against the higher-ranked opponents anyway, so I thought I had to take that and apply it to every person I face – and I think it’s working well.”