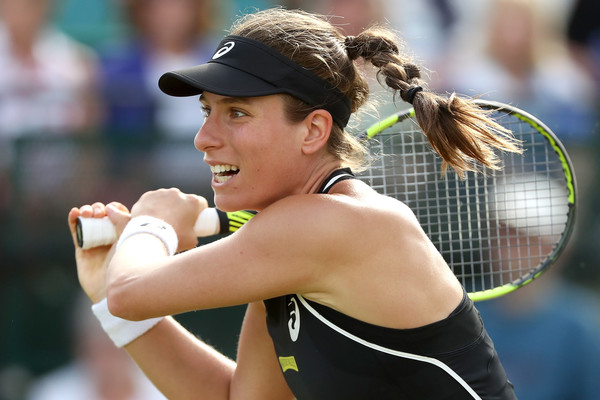 Johanna Konta will face Ashleigh Barty in the Nottingham final after she produced an excellent display to defeat defending champion Donna Vekic 6-2 6-3 in a rain-interrupted semi-final.

The Brit, 27, dominated on serve and took full advantage of her chances to break as she won the opening set in just 30 minutes.

However, the Croatian then had to go off court to receive medical treatment and, before she could return, it started to rain. The players were off court for over an hour

When they returned, Konta earned an early break to open up a 3-1 lead. But the Brit then made three unforced errors to gift Vekic a break chance in game six, and the Croatian took it with an excellent forehand down the line. 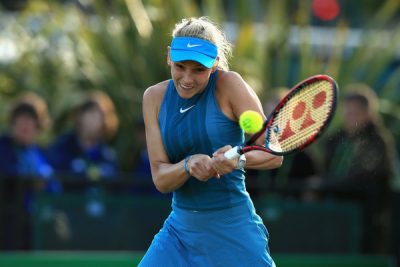 The defending champion was not level for long. She bizarrely called a ball out (which she is not allowed to do) when it landed on the line. After losing that point, she hit a double-fault to enable Konta to restore her break advantage.

The Brit wasted little time in wrapping up the match. She held comfortably and then put Vekic under a lot of pressure on her serve to clinch victory with another break.

“It was challenging for both of us for a number of different reasons, and it’s never easy with a rain delay,” Konta said in her on-court interview.

“I’m very happy to have battled through. I tried to keep my mind on the task at hand and do the best that I could with the conditions.” 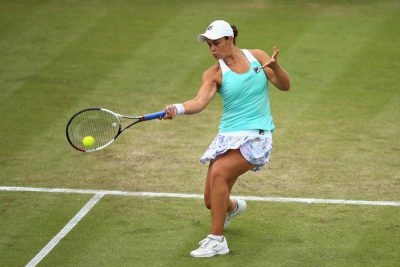 In the other semi-final, Barty beat Naomi Osaka 6-3 6-4 in a brief but entertaining match. She will now appear in a WTA grass-court final for the second successive year after reaching the same stage at Birmingham in 2017.

The Australian, 22, served outstandingly well throughout as she won 80% of all points behind it. This enabled her to attack Osaka’s second serve to great effect in the opening set as she broke the Japanese twice.

The Indian Wells champion protected her second serve much more effectively in the second set, but it was not enough to turn the match around. She was broken in the opening game of the set and could not get break she needed against the Barty serve.

“When I first got on the grass, I instantly felt comfortable,” Barty told wtatennis.com. “I’m obviously feeling very good this week and I hope to go one more tomorrow. Being in a final again is always a positive no matter where you are.”

The Australian continued, “I knew today I was going to have to step up another level, and I was able to do so. I’m pretty pleased with that.”