Jelena Ostapenko: I Tried To Forget The French Open As Fast As I Could - UBITENNIS 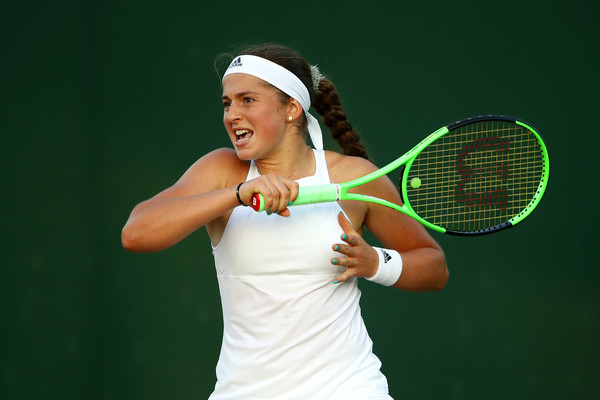 Jelena Ostapenko started her grass court season in fine style with an assured 6-3 7-5 win over Kaia Kanepi at the Nature Valley International.

It was a very different performance to the one the Latvian produced in her first round match at Roland Garros, when her French Open title defence ended swiftly with a 6-3 7-5 defeat to Kateryna Kozlova.

“I tried to forget (the French Open) as fast as I could, because I expected that something like that could happen because I’m still very young,” Ostapenko said.

However, the Latvian’s Roland Garros’ woes did not end there as she also lost in the opening round of both the doubles and mixed doubles competitions.

“After that (singles) one I lost, I had a couple of bad days because I lost doubles as well, which I was supposed to win,” she said.

“And then before my mixed doubles match, I got sick. I threw up 20 times. So honestly, this year in Paris was really bad for me because I lost in the first rounds of everything.” 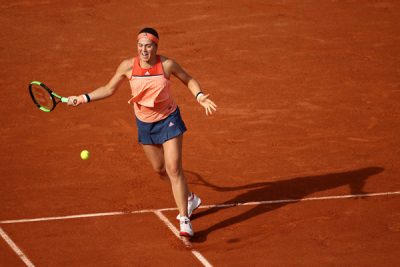 Ostapenko explained that she felt it was important to take some time off after those disappointments.

“I think you have to switch your mind a little bit, because if you just practice, practice, and play tournaments, you can get bored at some moments,” she said.

“But if you do something else, or even if you have some other hobbies that you like and you sometimes do them, I think it’s good.”

The Latvian continued, “(After the French Open) I took a couple of days off and stayed in Paris. I went to see the Louvre and Versailles – just to be a tourist a little bit.”

“Then I went back home, spent some good time with my friends and celebrated my birthday, which was very, very nice. I think I’m going to remember it – it was very special because I was 21.”

Ostapenko believes her game is suited to grass 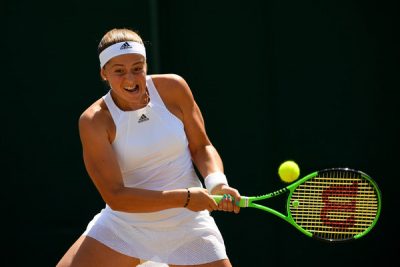 After her relaxing break, Ostapenko got back to work. “I practiced very hard for three weeks before the grass court season,” she said.

“I didn’t play any tournaments in that time and decided to only play Eastbourne before Wimbledon.”

Although it took her a while to get used to grass, the World No.12 believes the surface suits her attacking style of play.

“I think the player who is aggressive first during the rally is going to win the point,” she said. “So the more aggressive you are, the better it is for you.”

“It’s very hard to play defensively on grass because the bounce is very unpredictable.”

Ostapenko has a new coach alongside her for the grass court season. She parted ways with Coach David Taylor after the French Open and is now working with Glenn Schaap, who left Anett Kontaveit’s team during Roland Garros.

“With David we just decided that we are probably going to stop because it didn’t work that well for me and for him,” the Latvian explained.

“We worked together for almost half a year together and it was I think a good half year. I cannot say anything bad. He’s a great person. But we just decided not to continue.”

She continued, “I practiced (with Glenn) for a couple of days at home and here. We’re going to see after Wimbledon (if we want to carry on working together).”