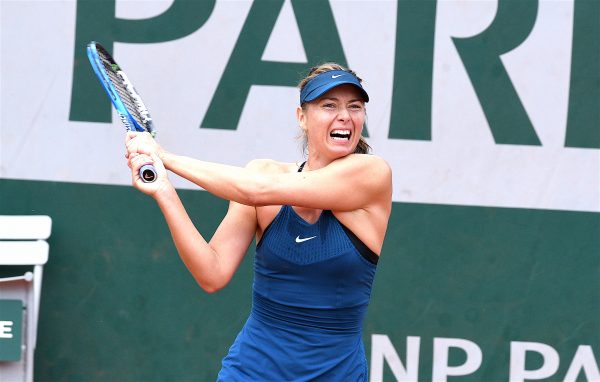 Former world No.1 Maria Sharapova has pulled out of next week’s Birmingham Open as a precautionary measure.

The world No.23 was set to play the tournament as part of her warm up for the upcoming Wimbledon Championships. Sharapova hasn’t played a competitive match on the grass since returning to the tour from a 15-month suspension in April last year. She missed the grass-court major in 2017 due to a muscle injury. This time round, instead of suffering from injuries, Sharapova is trying to prevent them.

“I have good memories of Birmingham so I’m disappointed not to be able to play this year. I need to take care of my body and make sure I stay healthy and sometimes that means you have to take tough decisions like this one. I wish everyone in Birmingham a great tournament.” Sharapova said in a statement.

Despite her decision to miss Birmingham, the 31-year-old is still set to be seeded at Wimbledon. Sharapova has ensured that position thanks to a solid run on the European clay. Reaching the quarter-finals of the Madrid Open followed by the semifinals in Rome. Then at Roland Garros, she progressed to the last eight in what was her best grand slam performance since the 2016 Australian Open.

Another high-profile withdrawal from Birmingham is French Open semifinalist Madison Keys. Keys, who won the title back in 2016, confirmed that she has aggravated an injury. The American struggled with a right rib injury last month and was forced to quit the Italian Open.

“Everyone knows how much I love playing on grass and I was looking forward to starting my grass season there, but unfortunately I aggravated an injury I sustained in Rome and need to rest as much as I can right now. I look forward to returning to Birmingham next year and playing in front of its great fans.” She said.

In the wake of the withdrawal, 2013 finalist Donna Vekic has made a late entry into the draw. She will be joined by Garbine Muguruza, Elina Svitolina, Karolina Pliskova and Petra Kvitova.

The WTA Premier event will get underway on Monday. It will be held at the Edgbaston Priory Club.