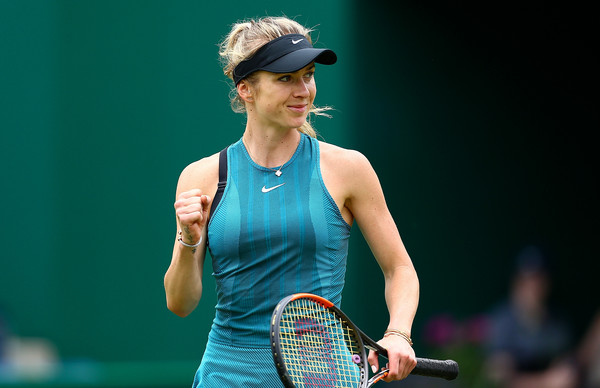 Elina Svitolina earned an excellent 6-1 3-6 6-1 win over Donna Vekic to advance to the second round of the Nature Valley Classic in Birmingham.

The Ukrainian, 23, often struggled on grass in the past but she reached the last 16 at Wimbledon in 2017 and now looks more comfortable on the surface.

Svitolina completely dominated the opening set. She served well and punished some lacklustre serving from Vekic. She also hit a string of excellent winners from all over the court as she won it 6-1 in just 28 minutes.

The World No.5 also looked on course to win the second set comfortably when she went 3-1 up, but Vekic dug deep and started to produce some of her very best tennis to fight back.

The Croatian reeled off five games in a row to take the second set 6-3. She served much better than in the first set and began to take control of most of the points.

Although the scoreline suggests otherwise, the deciding set was close. After Svitolina held easily in the opening game, the next four games could have gone either way, and the Ukrainian only won three of them because she performed slightly better on key points.

However, when she fell 4-1 behind, Vekic seemed to lose hope and the World No.5 rapidly wrapped up the last two games to seal an important victory. 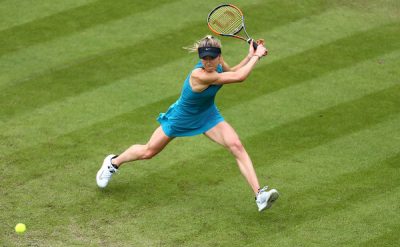 “I’m very, very happy for the first match on grass,” Svitolina said in her press conference. “I think it was great solid performance.”

“I was expecting that Donna would try to fight back and find a way into the match. So it would be probably a little bit unexpected that I was 6-1, 3-1. She had to step up her game to get back. So that’s why I’m very happy with the way I was playing in general.”

The Ukrainian said she discussed her movement on grass with her coach. She said, “My coach and I went through that match a little bit. We were both happy the way I moved.”

“The next match is going to be different. But for today, we are definitely happy with the way I was handling the movement and the tough points.”

On a different note, Svitolina said she considers herself “a little bit English” because she has an English coach, trains at Roehampton and now also lives in England.

She said, “I really enjoy playing in England. This is the first time I’m going to play almost at home. My place is just so close, next door to Wimbledon. That’s why it’s going to be something new.”

“I’m going to try to enjoy it. I always like the Wimbledon atmosphere, the small village there and the decorations.”

In the second round, Svitolina will take on Alize Cornet after the Frenchwoman came back from a set down to defeat Ekaterina Makarova 5-7 6-4 6-1.