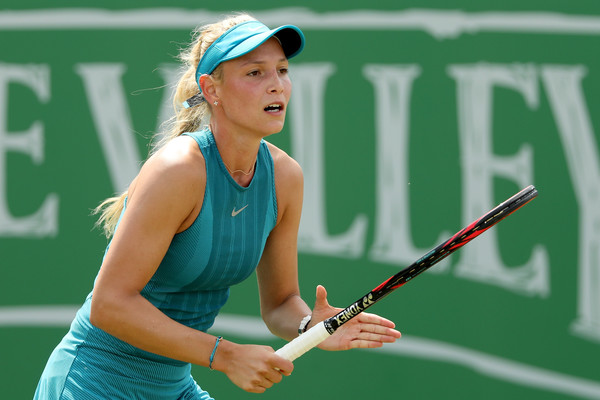 Donna Vekic fought back superbly in the second set to push Elina Svitolina all the way in their first round encounter in Birmingham, and she was feeling upbeat afterwards.

“I have had quite a few close matches against the top players and I feel like I’m there,” said Vekic. “There’s just a little bit missing (that I need) to make the next step to be able to beat them.”

The Croatian also believes that if she knew what she needed to do to beat the top players, she would have done it by now. So she is focusing on small margins instead.

Vekic looks ahead to Wimbledon 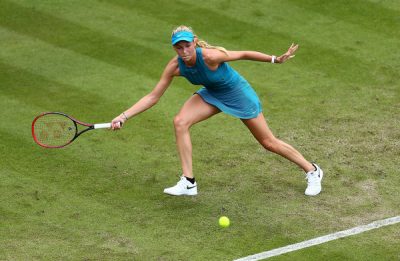 Anyone who watched Wimbledon last year will remember Vekic’s incredible match against Johanna Konta in the second round. The Croatian thinks that epic clash made her feel more confident on court, and she is keen for more experiences like it.

“I think that was a great match,” the World No.55 said. “It was tough to lose, but I had a great time on centre court and hopefully I can have a few more matches there. That means going far in the tournament so hopefully I can do that as well.”

Vekic is excited about Wimbledon and does not believe how well she progresses there will be determined by the draw.

“I think everyone has ambitions to do well at Wimbledon,” she said. “It’s my favourite tournament, my favourite Grand Slam.”

Vekic happy with her development 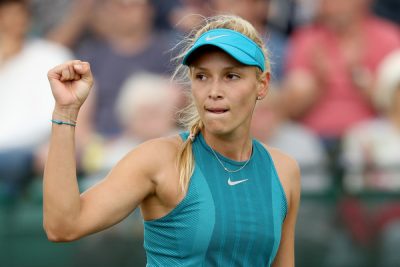 A settled coaching environment is often vital to a player’s success, and Vekic is pleased with the progress she is making with Torben Beltz in her camp.

“I think Torben is a great coach for me,” the Croatian said. “I can get down on myself and not see things clearly but he’s always very positive, always trying to push me even on the days when I don’t feel like practising. It’s very fun with Torben and he knows a lot about tennis.”

Vekic’s appearance at the 2018 Championships will be her sixth at Wimbledon, something she described as “quite crazy for someone who is only 21”. She is happy about how she has developed since her debut at SW19.

“I’ve developed a lot,” she said. “When I was younger, I was just aggressive with a big serve, but now I defend well too and I can go from defence to attack.”

“I think I move a lot better than a few years ago, which is obviously a good thing. Even when my plan A is not working, there is always plan B. I’ve also improved my drop shot a lot and I like to mix that in.”

Vekic reflects on her career so far

“I had experienced everything so I think that helped me, especially last year when I realised, ‘OK, now I’ve matured, I know what’s good for my tennis, I know what the right things are, and I know what I have to do.’”

All things considered, Vekic is happy with the way things are going, even if she remains impatient for success.

“I want to play well now,” she said. “Torben was talking about all these being good tournaments to get ready for Wimbledon and I said, ‘No, Torben, I want to win this week.’”

Petra Kvitova Rises To The Challenge Of Konta

Elina Svitolina Feeling Happier On Grass After Victory Over Vekic