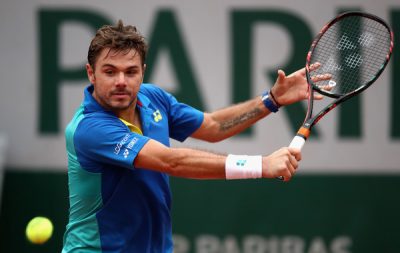 Stan Wawrinka and Serena Williams are among the withdrawals for next week’s Mutua Madrid Open, which starts on the 6th of May.

Wawrinka, who is still recovering from a knee injury was hoping to make it to Madrid after he announced that Magnus Norman would be re-joining his team. However it was revealed today by the tournament that the former Roland Garros champion is not fit enough to play the Mutua Madrid open.

The current world number 25 hasn’t played since retiring to Belarusian Ilya Ivashka back in February in Marseille. Today’s news will be concerning to those who follow Wawrinka as he will want to be 100% fit in time for Roland Garros, arguably his favourite grand slam, which starts on the 27th of may.

On the WTA side, Serena Williams has also withdrawn from the Mutua Madrid Open. The 23 time grand slam champion has recently been promoting her new documentary, ‘Being Serena’ and the American clearly hasn’t much clay court practice therefore she isn’t ready to compete in Madrid. However it’s reported that she has told HBO that she will definitely be ready for Rome the week after.

Other withdrawals on the WTA side include Agnieszka Radwanska, who is recovering from a back injury that she sustained in Istanbul last week during her match with Donna Vekic. The Pole will look to recover in time for Roland Garros, although the long term goal will be Wimbledon.

Timea Bacsinszky is another player who has had to withdraw from Madrid next week. The former Roland Garros Semi-Finalist was due to play in Rabat before she mysteriously withdrew. However she clarified her withdrawal later on twitter as she appears to have suffered another injury setback:

Despite these withdrawals the Mutua Madrid Open still includes some of the biggest names including Rafael Nadal, Novak Djokovic, Garbine Muguruza, Simona Halep and Maria Sharapova.