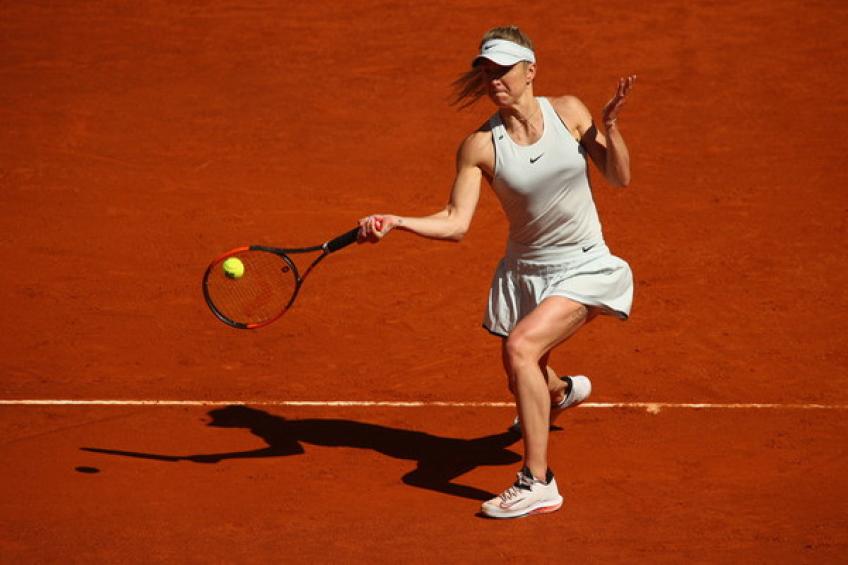 Reigning Rome champion Elina Svitolina came back from a bagel loss in the first set to beat 14th seed Daria Kasatkina 0-6 6-3 6-2 after 1 hour and 36 minutes.

Both players traded breaks in the third and fourth games of the third set, but Svitolina reeled off the final five games of the match to reach his sixth quarter final this year.

Last year’s Roland Garros champion Jelena Ostapenko came back from one set down to beat Johanna Konta 2-6 6-3 6-4 in two hours and 13 minutes The 20-year-old Latvian player has reached the quarter final in Rome for the first time in her third appearance at this tournament. Ostapenko clinched her first win over Konta after two defeats last year in the Fed Cup and in the third round in Eastbourne.

Konta, who celebrated her 27th birthday today, broke twice in the first and fifth games to win the first set 6-2. Ostapenko got just one break in the fourth game and dropped just five points in the last four service games to clinch the second set forcing the match to the third set.

Konta faced five break points in the first three service games of the decider. Ostapenko got an early break in the first game. The Latvian player was solid on serve until the eighth game, when she had to fend off a break point at 4-3. Ostapenko held serve in the 10th game to seal the win securing her spor in the quarter final against either Daria Gavrilova or Maria Sharapova. Ostapenko hit 36 winners to 28 unforced errors.

Anett Kontaveit beat Venus Williams 6-2 7-6 (7-3) in one hour and 19 minutes to clinch her second consecutive win over the US legend one week after scoring a 2-6 6-3 6-2 victory at the Caja Magica in Madrid. The Estonian player has reached the Rome quarter finals for the second consecutive year.

Williams got an early break in the second game to open up a 3-0 lead. Kontaveit broke back in the fifth game with consecutive return winners to claw her way back to 2-3. The next seven games went on serve without a single break point en route to a tie-break. Kontaveit won one of the longest rallies of the match with a backhand down the line. She hit three service winners and backhand return winner to race out to a 6-0 lead. Williams saved the first two match points, but Kontaveit sealed the win on her third opportunity to secure her spot in the quarter final, where she will face either Caroline Wozniacki or Anastasija Sevastova.

Simona Halep reached her seventh quarter final in eight tournaments this season, when Madison Keys was forced to withdraw from the match due to a rib injury. The Romanian player will face either 2017 US Open champion Sloane Stephens or Caroline Garcia in the quarter final.