Djokovic Has No Chance of Winning the French Open, says Former World No. 1 - UBITENNIS 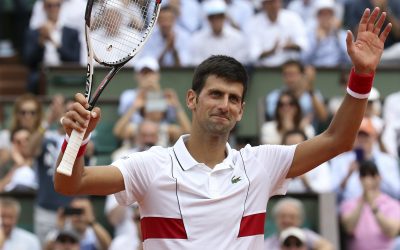 According to Wilander, who is a former three-time Roland Garros winner, Djokovic hasn’t hit peak form after returning from a six-month injury layoff in January. In fact, the Serbian made a series of early exits in Indian Wells, Miami, Monte Carlo, Barcelona and Madrid before finding some sort of form to make the semifinals in Rome, where he lost to Rafael Nadal in the semifinals.

He told Eurosport: “This is Novak Djokovic. Does he have a chance to win the French Open? I don’t think so. No, not yet, in the future.

“When you take a big step back it’s not as easy as taking that same size step forward to where you were.

“It’s little increments every day where you have to go through your work.”

Wilander added: “The crowd is anticipating Novak – where is he? Does he want it anymore? Where is his emotional state on the tennis court?

“This is a match where he cannot lose. Well, he can of course he can, but he cannot afford to lose this match in front of all these people.

“I can only speak from my own experience but to single out the opponent on that day and take him down, to dislike him, or dislike the way he plays, you have to find something you don’t like in your opponent.

“You have to make it so you are not losing. This is an athlete’s life and death.

“If you don’t bring this every single day, like Rafa does, you won’t be able to bring it on the big matches.”

After winning his French Open opener against Rogerio Dutra Silva of Brazil in straight sets on Monday, Djokovic will face Jaume Munar of Spain for a place in the third round on Wednesday.

Rafael Nadal Reveals What Really Makes Him the King of Clay