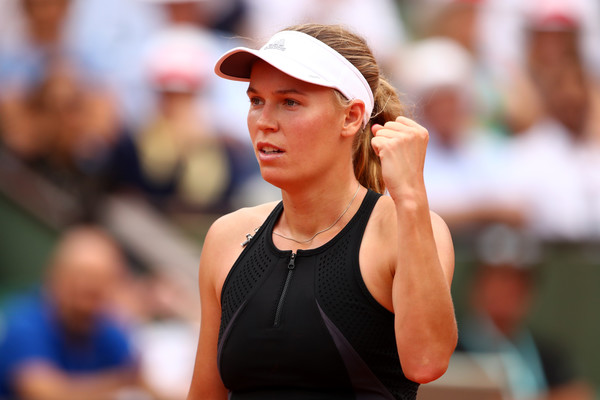 Caroline Wozniacki advanced to the second round of French Open 2018 with an assured 7-6 6-1 victory over Danielle Collins.

The Dane won her first Grand Slam title at this year’s Australian Open but has not reached a WTA final since. However, she has progressed to the last eight or further in four of her seven events.

Wozniacki looked confident on court against Collins, even during a highly competitive first set. After dropping her serve in the opening game, the World No.2 broke straight back. And when the American broke her again in game five, the Dane repeated the trick to level the score at 3-3.

There were no more breaks in the first set, but the rest of the games were high-quality affairs as both players hit some eye-catching winners.

The crowd was also treated to a superb 25-shot rally in the tenth game, as Collins tried repeatedly to hit a baseline winner past Wozniacki before eventually resorting to a highly-effective drop shot and volley combination.

Ultimately the set was decided by a tie-break, and this was the point when the Dane took control of the match. She forced an error from the American to gain an early mini-break, earned a second with a clinical backhand winner and wrapped up the set with a couple of good serves. 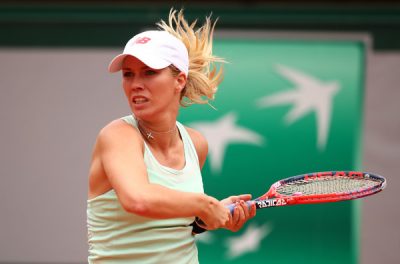 Wozniacki won the second set much more comfortably as she cut most of the unforced errors out of her game and watched as Collins’ level fell away. The Dane’s dominance started when she went 3-0 up by winning 11 of the first 12 points thanks to a string of unforced errors from the American.

The World No.42, who was making her debut at the French Open, managed to compete more effectively with the Australian Open champion during the rest of the set, but the damage was already done.

Wozniacki finished proceedings by breaking Collins for a third time in the set. To her credit, the American made her work hard for the game, but the Dane eventually capitalised on her second match point.

“It’s a much more relaxed approach (that I have now),” said Wozniacki in her on-court interview. “Being No.1 and winning a Grand Slam are two of the goals I always dreamt of and to achieve both of those this year was incredible. I’m just so happy to be here having won the first Grand Slam of the year already.”