Petra Kvitova: "Fed Cup has been part of my career" - UBITENNIS 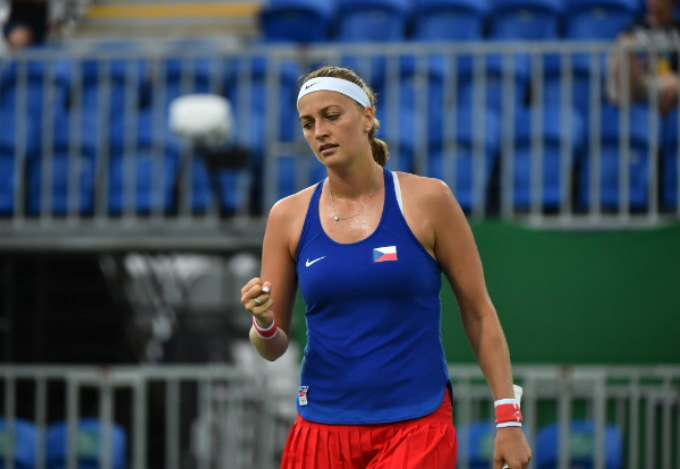 Czech Republic starts as the favourite against Germany in the BNP Paribas semifinal at the Porsche Arena in Stuttgart, which will also host the Porsche Indoor Grand Prix next week.

Petra Kvitova will play in the first rubber singles match against Julia Goerges on Saturday. Angelique Kerber will face Karolina Pliskova in a clash between two former world number 1 players in the second rubber match.

Kvitova beat Goerges 10-8 in the third set in the World Group first round in 2012 in their most recent Fed Cup match. The German player won their first clash in Linz in 2010, but Kvitova won each of their past four meetings.

Kvitova won five Fed Cup titles in her career and won both singles rubbers in the last Fed Cup clash between Germany and Czech Republic, including a three-set clash against Angelique Kerber to seal the Fed Cup title for the Czech team in Prague in 2014.

“It will be very tough. We all know how Germany is a tough team. Angie and Julia Goerges are in great form, so it will be interesting playing them in the Stuttgart Arena and it will be a great crowd. We will try to be strong as well. Every match will be very difficult and it’s like 50-50, so we will see”.

Kvitova is looking for more glory in the Fed Cup after winning five titles.

“I always loved playing team competitions as a kid. I always played great, supporting the others and being part of the team. I just love it. Fed Cup is part of my career. We won it five times and it was something really special in my heart. I never forget, especially playing at home as well, with the home crowd, when we don’t have that many opportunities to play in front of them. I have great memories of Fed Cups and hopefully they will continue”, said Kvitova.

Kerber has won seven of their ten head-to-head matches, including the 2016 US Open final in three sets.

France will face a tough task against defending champions from the USA in Aix-en-Provence. The team captained by Yannick Noah will be looking to reach their second Fed Cup final in three years. The US team won 11 of the 13 Fed Cup ties against France and edged 3-2 after a crucial doubles match in the World Group Play-off in 2014.

French player Pauline Parmentier will take on 2017 US Open champion Sloane Stephens, who recently won her first Miami title in front of her home fans. The US player has not won a sngles Fed Cup match since the 2016 World Group II first round. In the second Saturday’s match Kristina Mlaenovic will face last year’s US Open semifinalist Coco Vandeweghe, who has won 13 consecutive Fed Cup matches.

“I am very confident that USA can make it to another final. We have a lot of depth in our team. From the singles players all the way to the doubles, I think we come together really well. It’s been working really well for the last couple of years of sacrifice and team camaradiere. That really makes a difference for each and every tie and I think team USA does a good job of that. Not just for my career, but for me as a person, Fed Cup has been extremely important. It’s my number one priority to play for my country. It’s a great honour and a great privilege to be chosen and nominated.