Garbine Muguruza can achieve ‘whatever she wants’, says Martinez - UBITENNIS 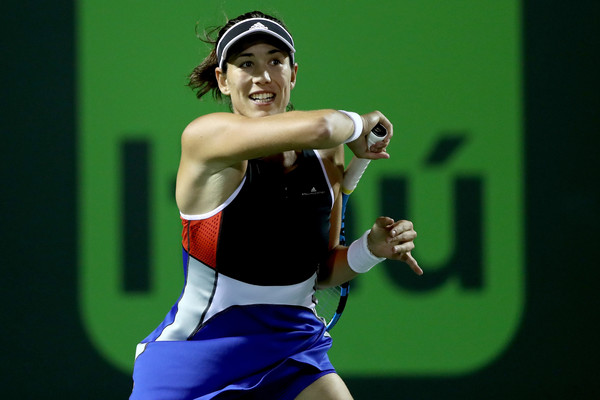 “If the motivation is there and she puts in some hard work, she can win more tournaments, including Grand Slams, and why not become No.1 in the world again at some point?” Martinez told wtatennis.com.

“What can she achieve? I think she can do whatever she wants. Garbiñe was an exciting player to coach because she can still learn and improve in many ways. She has already been No.1 and she has even more potential and that’s what makes it exciting.”

Martinez famously joined Muguruza’s coaching team on a temporary basis for her victorious Wimbledon campaign last July. She then re-joined her fellow Spaniard in February 2018 before announcing that their partnership had ended on 28 March.

The World No.3 reached her first Grand Slam final at Wimbledon 2015, but was able to go one better and lift the trophy two years later with the help of Martinez, who is the only other Spanish woman to win the singles title at SW19.

“Garbiñe and I, we often talked about Wimbledon, because it was a magical tournament and a magical experience that we had together,” said the 1994 Wimbledon champion. “We often saw pictures or videos and of course you relive the victory over and over again.”

Martinez continued, “My greatest contribution to Garbiñe was during Wimbledon, when I was able to share with her my experience of having won the tournament myself. I also worked on her strength of being a very aggressive player, together with constructing points and what to do in certain moments. I was helping on preparations for practices and matches, being professional and looking at every detail.”

“We had a strong relationship before that, through my job as Fed Cup captain, and after Wimbledon we became closer.” 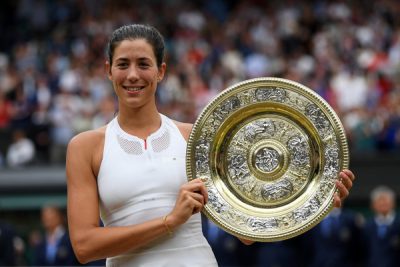 Muguruza and Martinez’s close relationship and the instant success it brought ensured no-one was surprised when they decided to work together again. The move almost paid off immediately again, as the World No.3 reached the  final in Doha before losing to Petra Kvitova.

She also reached the semi-final in Dubai and the fourth round in Miami before they decided to part ways. In between those tournaments, Muguruza lost to Sachia Vickery in the second round in Indian Wells.

In the past, more frequent defeats in early rounds to players like Vickery meant that Muguruza was often labelled as inconsistent. However, she has now reached the quarter-final or further in 12 of her last 21 tournaments so there is evidence of improvement.

Furthermore, Muguruza won her most recent event in Monterrey, so she will go into the clay court season full of confidence. Martinez is certainly optimistic about her future.

“When Garbiñe is focused and playing well she is a very difficult player to beat,” Martínez said. “She knows what it takes and I’m sure she wants to work hard to lift a big trophy again. She’s a great player and can do many good things in the future.”