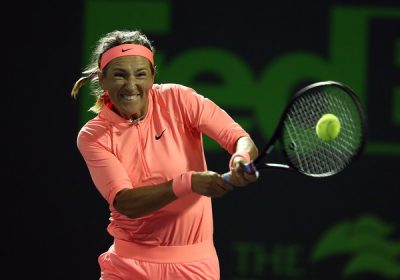 Victoria Azarenka advanced to the third round of the Miami Open after Madison Keys retired with a thigh injury when the Belarussian was leading 7-6 2-0.

“You never wish an injury on anyone,” said Azarenka in her on-court interview. “I hope Madison recovers as quickly as possible. She’s a great player, a talented individual and a very nice person so I wish her well.”

It is a pity the match ended early as the first set was highly entertaining with both players hitting plenty of eye-catching winners and numerous entertaining rallies that could have gone either way.

Azarenka made the early running, breaking Keys in a closely-fought third game, and she held the advantage until Keys broke back by hitting three huge groundstrokes in game six.

The American hit a precise cross-court backhand winner, then a deep forehand which Azarenka could not return and finally a big forehand that the Belarussian could only volley wide of the court. 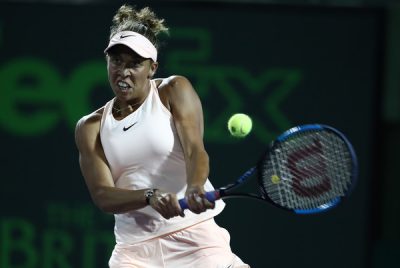 Keys ran with that momentum and broke Azarenka again in game eight to lead 5-3, but she was unable to press home her advantage as the Belarussian made her play some extra shots and she obliged with unforced errors to surrender her serve.

The American had more chances to close out the set in the 12th game, but she was unable to take them and the two-time Grand Slam champion held on to force a tie-break.

Azarenka made the most of her reprieve as she stormed into a 5-0 lead in the tie-break thanks to her relentless ball-striking, and although Keys hit back with some superb groundstrokes of her own to make it 5-3, the Belarussian held her nerve to take it 7-5.

During the break between sets, Keys had her left thigh strapped by the physio and, when she returned to the court to play two more games, she was clearly hampered by her injury and lost them both before pulling out.

Tough day for the seeds 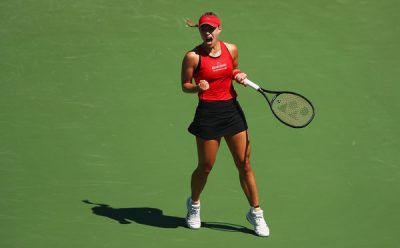 German No.2 Julia Goerges, whose impressive form in recent months has propelled her to World No.13, suffered a surprise 7-6(2) 4-6 6-4 loss to ever-improving German No.3 Carina Witthoeft.