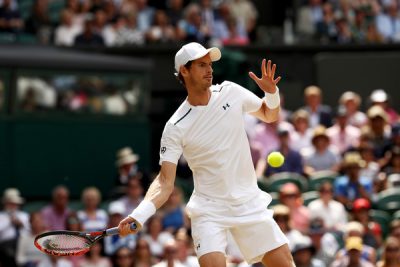 Former World No. 1 Boris Becker hopes to see British superstar Andy Murray return to full fitness because he feels that tennis isn’t the same without the three-time Major champion.

Becker also claimed that a fully fit Murray was still one of the best players in the world and can break the dominance of reigning Australian Open champion Roger Federer and Roland Garros winner Rafael Nadal. Federer and Nadal have dominated tennis since Murray and Novak Djokovic have been out of the game due to their respective injuries.

“Tennis needs him; tennis is not the same without Andy Murray,” Becker said.

“He got this problem and he stopped when he was the number one player in the world. It’s the last thing you want to happen.

“It’s a serious injury – I’m not his doctor, I can’t give you details of what the surgery was or how many surgeries he had – but what I hear is he is contemplating coming back on the grass because obviously it’s a little easier for the hip.

“Once he’s fully fit, he’s one of the best players in the world. Then it’s a question of time. How much time are you going to give yourself to come back to this level you had before? I hope he does.”

Becker, a three-time Wimbledon winner retired when he was 31 and according to him, 30-year-old Murray will have some difficult questions to answer upon his return to the court.

“It’s the most difficult decision for an athlete,” the German said.

“We all come to that moment of having to face the man in the mirror and saying, ‘We’re too old’.

“It’s not because 31 is old but it’s because of the wear and tear and the physical demands that you’ve asked from your body. It’s not a number.

“(Bjorn) Borg thought he was too old at 26. It’s the most difficult decision you have to ask yourself because it’s not normal to be called old at 31, 32.

“You’re still starting your life as a man. But as an athlete, you are not a spring chicken any more. It’s difficult.”

Roger Federer is the greatest of all time: Rafael Nadal’s ex-coach