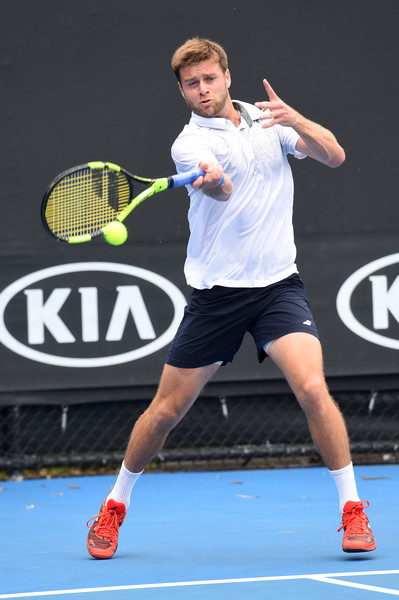 The world number 58 was speaking on the latest episode of the podcast ‘Beyond The Baseline’ when he was once again asked about the Racial abuse he was accused of during last week’s first round match at the New York Open against Donald Young.

On the podcast, Harrison once again denied the claims that were linked to him and racism, “There was never a doubt in my mind that anything I said could even be close to interpreted that way. Every bit of evidence proved that what I said was exactly what I said it was the whole time, it was just in conversation—not nice conversation between Donald and I, but it was not racial.”

The two players seemed to be in quite the exchange during the match which resulted in a ATP investigation. The investigation didn’t result in any punishment for either play as there was no substantial evidence or audio to take action.

Harrison, is now considering legal action against Young for ruining his reputation, “Donald took to social media to try and smear my name and basically assassinate my image just to try to get back at me for what’s been a series of tough matches against me.”

This is not the only time Harrison has been accused of abusing an opponent after he reportedly swore at Yannick Hanfmann for being German during their Quarter-Final match in Brisbane this year. You can watch the incident 14 seconds into the following video:

Related Topics:Ryan Harrison
Up Next

Stan Wawrinka Is Back On Track, But He Still Has Far To Go 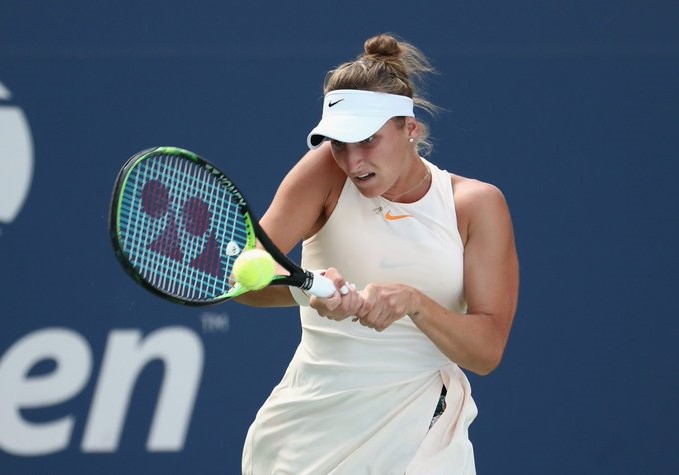 Marketa Vondrousova beat former champion Anastasya Pavlyuchenkova 6-4 6-2 scoring her second win over the Russian player, whose defeat ended her hopes of qualifying for the Akron WTA Finals in Guadalajara.

Vondrousova had won her previous head-to-head match against Pavlyuchenkova 6-3 6-3 in Chicago earlier this year.

Pavlyuchenkova opened up a 4-1 lead, but Vondrousova came back by winning seven consecutive games to take a 6-4 2-0 lead. Vondrousova faced a break point in the sixth game before breaking serve in the seventh game to win the second set 6-2. The Czech player closed out the win with her third ace on her second match point. 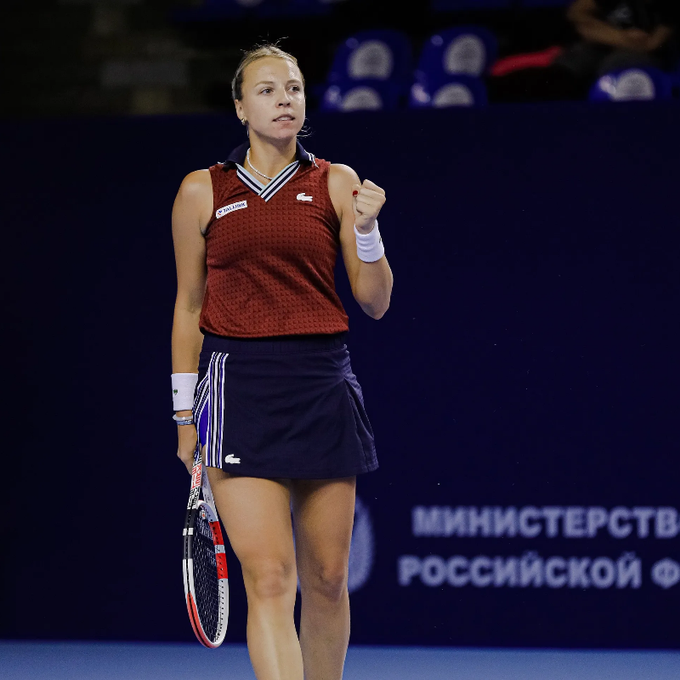 Anett Kontaveit cruised past Garbine Muguruza 6-1 6-1 after 48 minutes in the quarter finals to reach the first semifinal of her career at the VTB Kremlin Cup in Moscow.

Kontaveit has drawn level to 2-2 in her four-to-four head-to-head clashes. The Estonian player has won 19 of her 21 most recent matches and lifted two trophies in Cleveland and Ostrava.

Kontaveit has clinched the fourth top 5 win of her career and improved to 2-0 against top 5 opponents after beating world number 4 Sofia Kenin in Stuttgart last April.

Kontaveit went up an early break in the first game of the second set. Muguruza earned her first break points at 0-40 in the second game. Kontaveit won five consecutive points to hold serve for 2-0 and closed out the second set with a break a love with a backhand return winner. Kontaveit set up a semifinal against this year’s Olympic silver medallist Marketa Vondrousova, who beat this year’s Roland Garros finalist Anastasya Pavlyuchenkova. 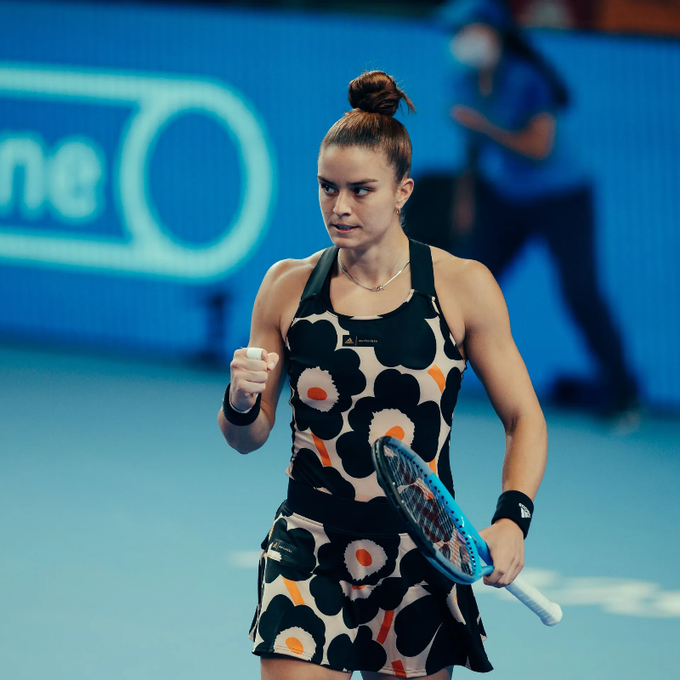 Maria Sakkari was leading 6-1 1-0 when her opponent Anna Kalinskaya retired due to a viral illness at the VTB Kremlin Cup in Moscow. The Greek player secured her qualifying spot for the Akron WTA Finals in Guadalajara for the third time in her career.

Sakkari reached her first WTA Tour final since 2019 in Ostrava and qualified for her two Grand Slam semifinals at Roland Garros and at the US Open.

The Greek player broke twice in the fifth and seventh games of the first set and did not face a break point. She earned an early break in the first game of the second set before Kalinskaya’s withdrawal.

Kalinskaya won eight of her last nine matches in the past three weeks. She reached the round of 16 at Indian Wells as a qualifier last week before qualifying for the main draw at the Kremlin Cup in Moscow.

“It was a very important match. I knew that before I stepped on the court, because I knew that if I won that match. I would qualify for the WTA Finals. It’s achieving one of my biggest goals this year. It’s very satisfying. I am very proud of myself and my team that we actully made it to the Finals for the first time in history of Greece for a female tennis player. I was very hard on myself up until this year. Growing, and getting older and more mature, you see certain things different. Being nice to myself was one of the most imporrtant things I have changed this year, being nice during the games and the matches”, said Sakkari.

Simona Halep beat Veronika Kudemertova 6-1 7-6 (7-4). The 2013 Moscow Kremlin Cup champion went up a 6-1 3-1 lead, but she had to face a tough battle in the final stages of the second set. Neither player faced a break point in the final six games. Halep went up a 4-2 lead in the tie-break. Kudemertova won the next two points to draw level to 4-4, but Halep reeled off the final three points to close out the tie-break 7-4.

Anett Kontaveit cruised past former top 10 player Andrea Petkovic 6-1 6-4 after 1 hour and nine minutes to reach her second quarter finals in her last two appearances in Moscow. The Estonian player won 77% of her first-service points and converted four of seven break points. She has won 18 of her last 18 matches and won two WTA titles in Cleveland and Ostrava.

Kontaveit set up a quarter final against Garbine Muguruza, who has won two of their past three previous head-to-head matches.

Marketa Vondrousova set up a quarter final against Anastasya Pavlyuchenkova in a clash between two French Open finalists. Vondrousova won eight of the next ten points from 2-2 to beat Lesla Tsurenko 6-3 6-3. The Czech player is making her debut in Moscow. Pavlyuchenkova has reached the Moscow tournament final three times. Vondrousova beat Pavlyuchenkova 6-3 6-2 three weeks ago in Chicago.