Former World No. 1 backs Djokovic to make a Federer like comeback - UBITENNIS 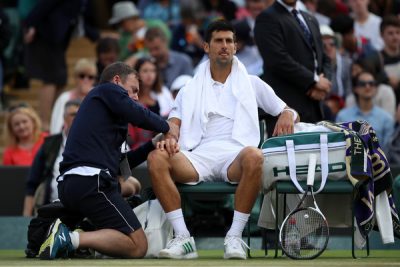 Courier, a winner of four Majors, praised Federer for his natural talent, smart scheduling and the hard work he does during the off-season. But, the American tipped Djokovic to achieve the same kind of success when he will be 36.

“We shouldn’t lose sight of how amazing it is that Roger is playing at this level at 36,” Courier said.

“That he can make another run at the no 1 ranking this week is a testament to his immense talent, diligent work habits and intelligent scheduling over the course of his career,” he told the New York Times.

I do think Novak could make a similar run to the top at 36 if he is able to regain full health,” Courier said. “I could see his professionalism and talent taking him back to the pinnacle in his mid-30s.”

However, the Serbian’s career has been hindered by an elbow injury that has been troubling him for the past two years. The Monte Carlo resident has captured 12 Grand Slam titles in his career with 11 of those Majors secured between 2011 and 2016 when Djokovic was at his scintillating best.

However, despite undergoing a minor surgery on his troublesome elbow Djokovic is battling to find his touch which made him the most dominant force in men’s tennis.

And, speaking at the start of February, Djokovic did admit that the process to get completely fit was really difficult.

“I’ve been carrying this injury for the past two years, and during this time I’ve been seeing many doctors,” he said.

“Truth be told, there were many different opinions, different diagnoses, different suggestions… It was not easy for me to choose which way to go and what to do.

“I took 6 months off last season hoping to come back fully recovered, but unfortunately I still felt pain.

“I really missed competing, it’s in my blood and I had to give it a try on AO.

“Anyhow, I agreed with my team that I would try different methods after I finish in Australia and a few days ago I accepted to do a small medical intervention on my elbow.

“It seems like I am on the good road now to full recovery. It’s quite a journey this one, I have to say.

“I’m learning a lot and for that I’m grateful. I’ve always taken care of my body and looked for the most natural ways to heal, and my body has rewarded me with some incredible years on tour.

“I am super positive and excited to follow my recovery through so I can come back to the place I love the most. The court. I’ll keep you posted and thanks for cheering me on!”