Why players fear Roger Federer more than ever before - UBITENNIS 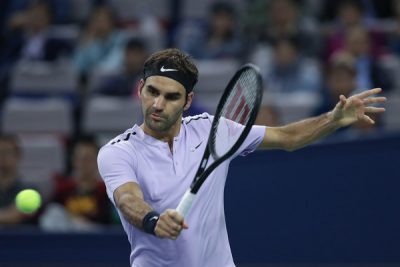 19-time Grand Slam champion Roger Federer is playing a different aggressive brand of tennis and that has made the Swiss a far more frightening opponent on the court.

According to former World No. 1 Mats Wilander, Federer has become extremely aggressive – strategizing to play short points, executing his plans well at the net and consciously making efforts not to get engaged in energy sapping rallies with his challengers. The ploy has done wonders to the 36-year-old’s career as the Swiss superstar went on to secure the Australian Open and Wimbledon titles in 2017. He is the overwhelming favorite to win his sixth trophy in Melbourne.

And Wilander, believes Federer has become an even more intimidating force due to his aggressive tactics.

“He is playing way more aggressive in the last two years and I think that he has not only figured out how to play but also how to win by playing aggressive,” Wilander said.

“[Coach] Ivan Ljubicic has somehow helped Federer’s confidence and made him understand that you can play like this: very short points, very aggressive and you can still beat the best players in the world because not only are you a better player but you also make the other players worse.

“They are more afraid of you now than they ever were before because you are so aggressive.”

“Ljubicic has helped him so much,” Wilander said.

“I think that Stefan Edberg helped him as well. I think all the coaches Roger Federer has had have helped him in many different ways.

“But Ljubicic helped him in not explaining to Federer but in talking and discussing with Federer which is the best way for him to play tennis today and how aggressive he had to be.

“Ljubicic has most probably extended Federer’s career by at least three or four years because of the way he is playing.”

This is how Rafael Nadal can beat Roger Federer in 2018

Federer backed to overtake Nadal and become World No. 1 in 2018