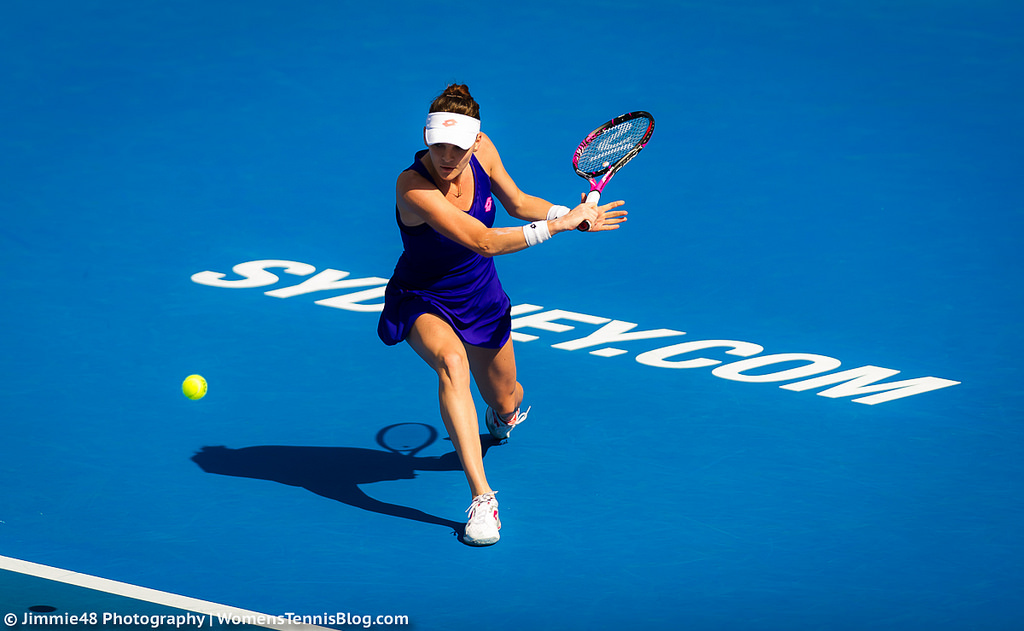 Agnieszka Radwanska beat number 4 seed Johanna Konta 6-3 7-5 at the Ken Rosewall Arena in the first round of the Apia International in Sydney avenging her defeat against the Sydney-born British player who won their head-to-head clash in last year’s final of the same Australian tournament.

Radwanska recovered by winning the final three games thanks to 12 of the next 17 points to seal the match.

“It was definitely a tough first round, but as you can see, there were a lot of interesting first rounds here. To have this kind of intensity players, it’s good to have that match before the Grand Slam. It was a tough draw, but also a good draw, a good challenge. I am of course glad that I could win that match in two sets. If I can play the same tennis going forward as today, I will be happy. It was a little of ups and downs and a lot of breaks, so everything was happening there. I think in the most important moments I did the right thing and I was just better a couple of points in each set”, said Radwanska.

Radwanska has started the 2018 season with her first top 10 win since 2016, when she beat Karolina Pliskova to qualify for the semifinals of the WTA Finals in Singapore.

“Last year I didn’t end up the way I wanted, so I had to start from the beginning. I am not thinking about the past and how this year will be much better”, said Radwanska.

Konta made 44 unforced errors but she was fully recovered from her injury scare on her hip which forced her to withdraw from her match against Elina Svitolina in Brisbane last week.

“The hip held up fine and I recovered well from that. Although a little too late, I still was was able to find a way to start playing more the way I wanted to play and still dig myself into the match”, said Konta.

Radwanska will face US rinsing star Catherine Cici Bellis, who beat the Polish star in their only previous head-to-head match at the 2017 Dubai Duty Free Tennis Championships.

“Cici is a young, dangerous opponent, very talented and moves very well. It wiil be another challenge for me, but I am ready to play”, said Radwanska.