I must coach the next Roger Federer: Martina Hingis - UBITENNIS 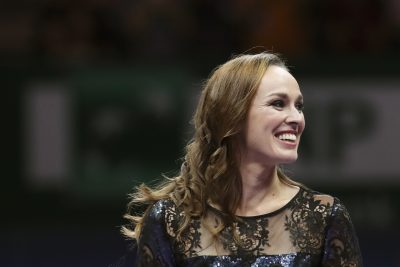 Former WTA No. 1 Martina Hingis declares it is her duty to find and coach the next Stan Wawrinka and Roger Federer in her nation Switzerland.

Hingis, Federer and Wawrinka are the only three players from their county to win a Grand Slam title.

While Wawrinka was unable to compete during the second half of the 2017 season because of a knee injury which required two surgeries, Federer made a stunning comeback at the start of the year after a six-month injury layoff to win a fifth Australian Open crown and a record 8th Wimbledon.

Federer, although 36, is looking the more fitter of the duo as he has already begun his preparations for the 2018 season while Wawrinka admitted in a press conference on Friday that his knee wasn’t 100% still.

Wawrinka said: “It has been since a year, since 2016 Swiss Indoors in Basel, that I suffered knee issues. The only regret is that I didn’t stop before the grass-courts season, which worsened the situation. At the moment my priority is to recover well from the two surgeries I had.”

The former World No. 3 added: “My knee is a little bit strict. I work hard physically six days on seven, but from the tennis point of view I am a little bit behind. The goal is to play Australian Open, even if I am not 100% healthy. Having had crutches was hard, but the break allowed me to take a rest mentally after years where I was always at the limit.”

With Wawrinka struggling with his fitness, Hingis is concerned that Switzerland’s golden era in tennis is eventually coming to an end.

Hingis said: “We are very spoiled. But there are still some. Timea Bacsinszky and Belinda Bencic are great. And then it’s up to me as a trainer that something comes up.”

And she insists that is where she is now looking forward to put her energies on.

“I see myself working less in the media. I still have some sponsorship commitments that continue. And then I prefer to stand on the court and help my mother with her tennis school. I therefore experience the development of young athletes first hand. I could maybe also go into an advisory capacity for young tennis players. And I still have my horses. I’m not bored.”

Yannick Noah to continue coaching Davis and Fed Cup in 2018