Getting To Know: Swiss Journalist And Author Rene Stauffer - UBITENNIS 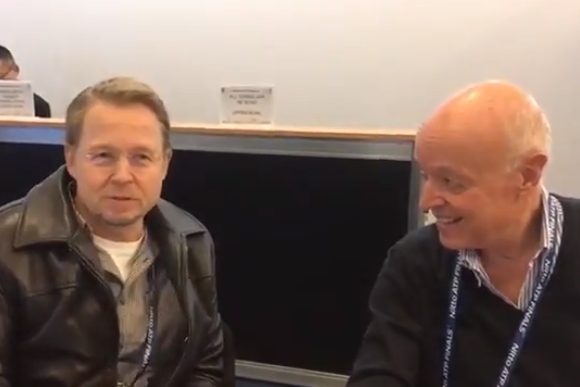 In the second instalment of Ubitennis’ Getting To Know You series, we spoke with a Swiss journalist that has documented Roger Federer’s progression since he was a teenager.

Rene Stauffer is one of the most well known sports writers in his native Switzerland with more than 30 years of experience. He has worked for national newspaper Tages-Anzeiger since 1993, travelling the world to cover tennis.

Apart from journalism, Stauffer has also written books. In 2010 he published Roger Federer: Quest for Perfection. An autobiography about the world No.2. Since publishing, the book has been translated in ten different languages. Including Indonesian and Bulgarian.

During an interview with Ubitennis, Stauffer reflects upon his career and recounts the first time he met Federer over 20 years ago.

Related Topics:Getting to know you
Up Next

Australian Open day 1: bad day for the US Tennis – presented by BARILLA Masters Of Pasta HD

Getting To Know: Reem Abulleil From Sport 360