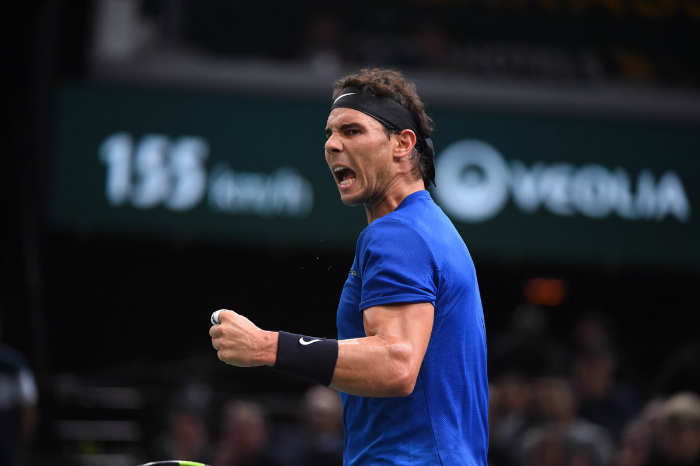 It was the victory that Rafael Nadal demanded which made headlines in Friday’s newspapers. The world No.1 was locked in a legal battle with a former French minister over accusations she made about him. Roger Federer was also celebrating victory, but on the court at the O2 Arena with a win over Marin Cilic. A record 55th win in the tournament’s history.

The Sun and The Daily Mirror: Nadal’s legal triumph

Nadal’s high profile legal battle with a former French minister of sport concluded on Thursday. Roselyne Bachelot had previously claimed that Nadal served a silent ban in 2012 for a failed drugs test. An accusation that the world No.1 viciously denied and conducted legal action.

In terms of the media coverage, these two newspapers appear to be unclear when it comes to the value of damages Nadal has received. The Sun has stated it was £11,000 for ‘interest and damages.’ Meanwhile, The Daily Mirror lists it as £8,928 for damages alone. To confused readers even more. Stuart Fraser from The Times quotes the figure as 12,000 euros (£10,700).

Whatever the tally is, Nadal has said he will donate the money to charity. 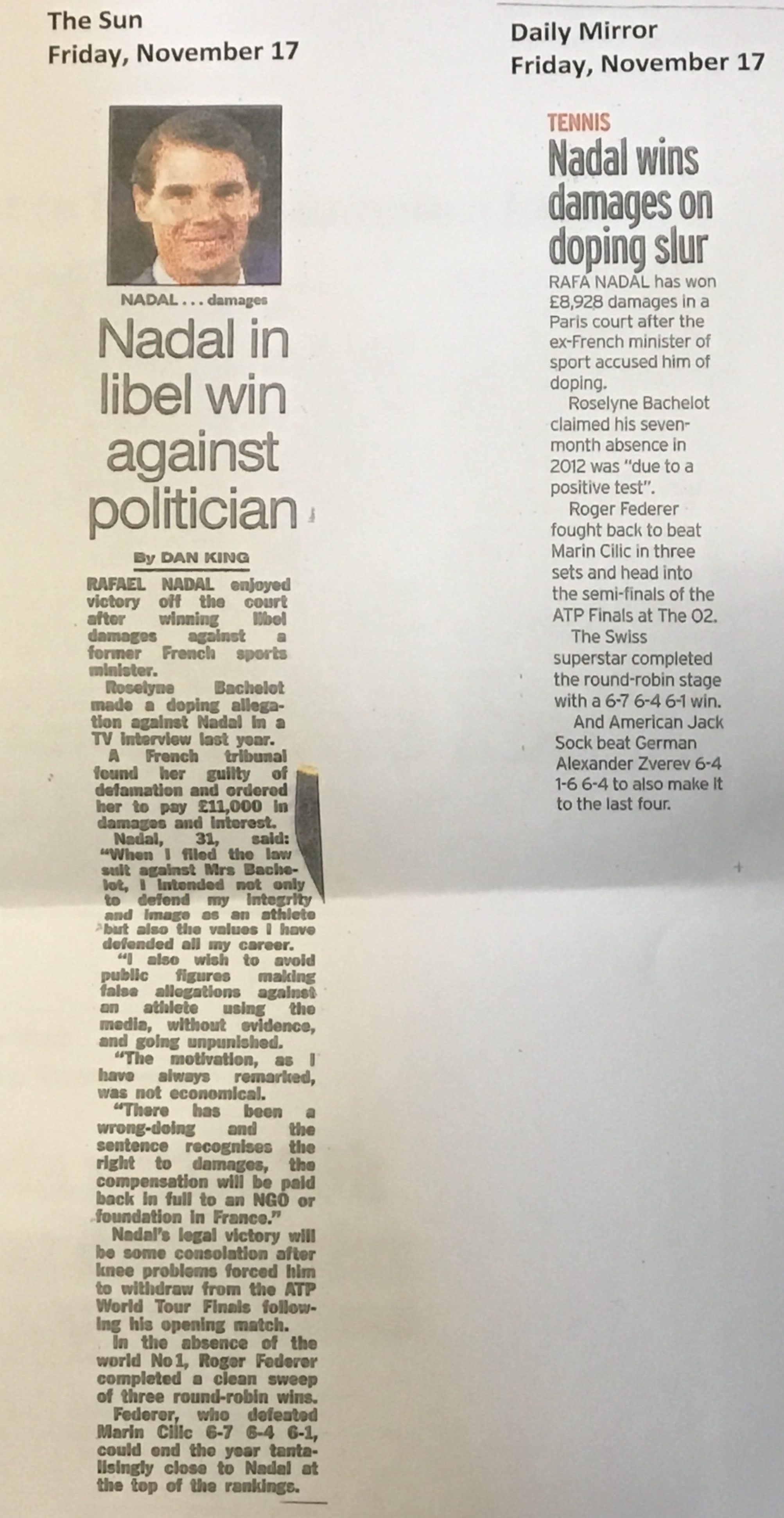 The Guardian: Federer’s 52 weeks of resurgence

Kevin Mitchell reflects upon the past year of Roger Federer’s career and his achievements. Focusing on his victory over Marin Cilic at the ATP Finals on Thursday. He also touched on Federer missing out on the year-end No.1 ranking to Nadal. Quoting the Swiss star saying he had no regrets because ‘it was an unrealistic goal.’

Michell also covered Nadal’s case. Writing that £10,000 in damages will be donated to charity.

Simon Briggs from The Telegraph writes about Federer’s winning streak at the Tour Finals. This year is the tenth time he has qualified for the semifinals of the tournament without losing a match. Quoting his interview with Sky Sports where he told Annabel Croft he wanted ‘to keep the momentum going.’

Towards the end of Briggs’ piece, he also provides an update on Petra Kvitova. A year ago she was attacked in her home apartment. Resulting in serious damage to her left hand. Czech police have now abandoned their hunt for the attacker.

Detective Jan Lisicky said ‘despite extensive investigation, we have not managed to identify the attacker to date.’ 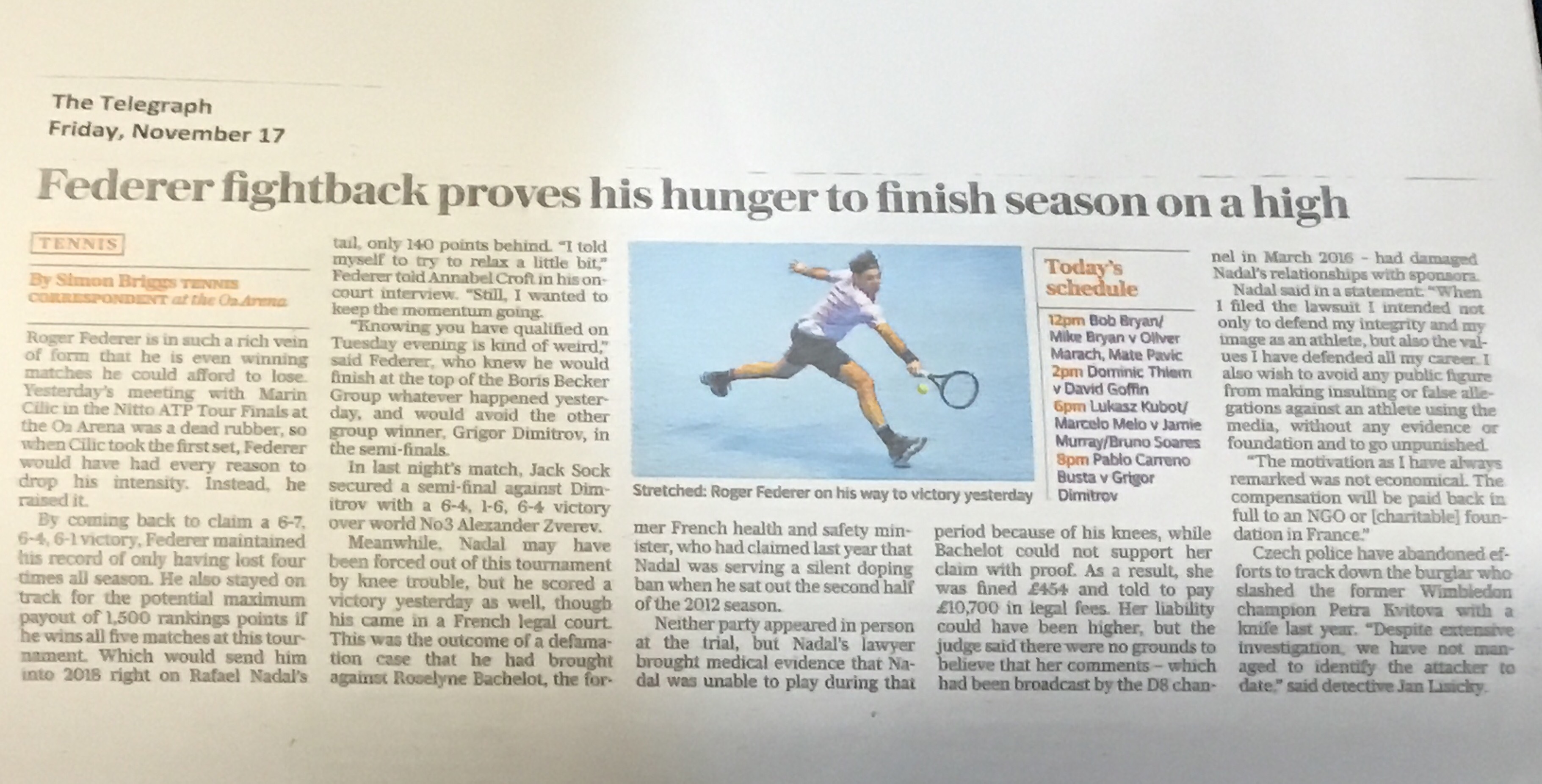 VIDEO: Tennis Legends Explain How To Defeat The Big Four