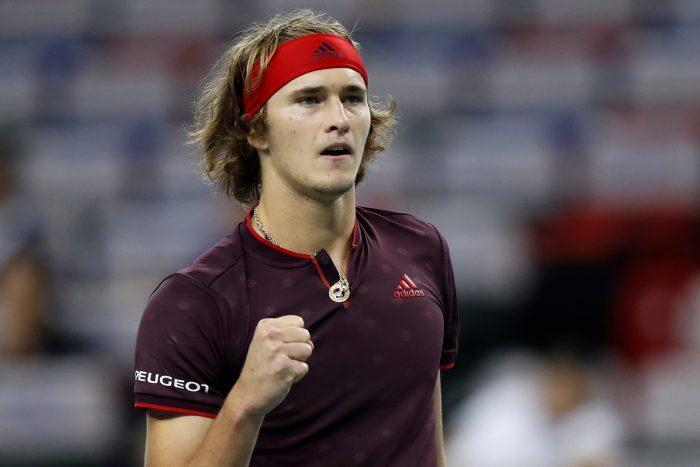 Too much success at once took its toll on Alexander Zverev this season, according to his coach Juan Carlos Ferrero.

The 21-year-old has enjoyed a breakthrough year on the tour. He has won five ATP titles on three different surfaces (clay, grass and hard courts). Included in those five is two Masters 1000 accolades from Rome and Montreal. Only Roger Federer and Rafael Nadal have won more trophies than him in 2017. Overall, Zverev has managed to win 55 out of 77 matches played.

Guiding Zverev on the tour is former world No.1 Ferrero, who he once described as ‘one of the nicest guys’ he has ever met. The two joined forces during the summer for a short period before it was later extended to a more permanent basis. Their last tournament of the year was at the prestigious ATP Finals in London. Zverev, who was the youngest participant in the event since 2008, won one out of his three group matches. It was a disappointing outcome for the world No.4, but one Ferrero believes will be important for the future.

“What we are witnessing is a before and after for Sascha,” Ferrero told atpchampionstour.com.
“His experience this week in London will come in handy; he’s learning how to handle himself during these types of events. That’s essential to his growth.”

As well as the success, Zverev has also encountered setbacks on the tour. In the grand slam events, he failed to reach the second week at all of them. Wimbledon was his best performance of the year after he reached the fourth round before losing to Milos Raonic in five sets. Outside of the majors, he also encountered a dip in his results after the US Open. Reaching the semifinals of one out of six tournaments.

“It has been a very important year for Sascha,” said Ferrero. “These accolades have all come very quickly, and that’s something that he has struggled to handle at times. Part of my goal is to keep him balanced and not to lash out when things don’t go his way. That will improve over time, but I’m trying to accelerate that process. He has to keep growing, keep gaining experience.”

The Next Generation star is aware that he still has far to go. At the Tour Finals in London, he described the end of his season as ‘crap.’ Zverev’s frank admission came after his last match of the year. Where nerves and inexperienced for the better of him. Resulting in a three set loss to Jack Sock.

Tipped to be a future world No.1 by both Federer and Nadal, the future is bright for Zverev. He ends his season at fourth in the world. Becoming the youngest player to end a season in the top four since Novak Djokovic in 2007.

Venus Williams is planning to continue playing until Tokyo 2020