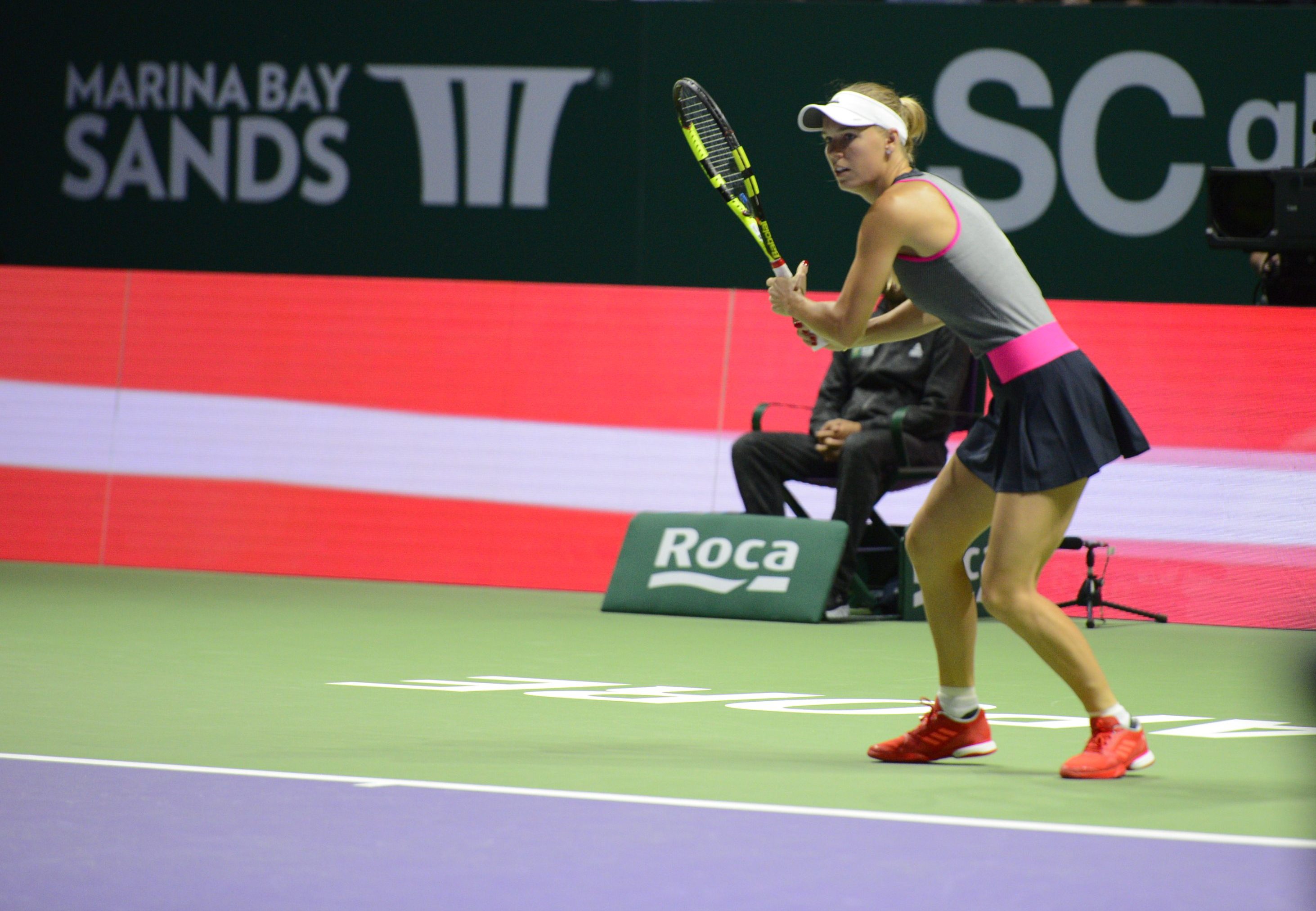 Caroline Wozniacki has got off to a dream start at the WTA Finals in Singapore after thrashing Elina Svitolina 6-2, 6-0, in her opening match.

The former world No.1 entered into the match with a losing record against the Ukrainian. Losing all three of their previous meetings. In Singapore the Dane dominated from the onset, using the slow speed of the court to her own advantage. Compared to Svitolina, who produced 18 unforced errors during the 58-minute match.

“I think I played really well and I served well. I stayed aggressive. It was close, especially in the beginning.” Reflected Wozniacki. “Then I think I just kind of broke her down a little bit. Then I think she lost the belief or she tried to go a little bit more for it.”

There were occasional glimmers of Sviotlina’s talent, but they failed to materialize into anything substantial. The 23-year-old has won more titles on the WTA Tour than any other player this season with five trophies. After five games going according to serve, Wozniacki charged to the win with a ten-game winning streak. The only break point she faced was successfully saved at the start of the second set.

“I think every match here (in Singapore) is a special win because you play against the top players in the world, so obviously it makes it special to win.” The world No.6 explained.
“I just am happy to be through, and it doesn’t really matter if it’s Elina or someone else. I’m just happy to have won.”

Wozniacki’s experience of previously playing in Singapore proved critical in the match. This year is her fifth appearance in the WTA Finals and second in Singapore. A stark contrast to Svitolina, who make making her debut at the Singapore Indoor stadium.

“This court is very, very slow. Today I completely lost my rhythm after a couple of games and was all over the place.” Admitted Svitolina. “ I was feeling very, very bad on court today.”

“I think this court rewards being able to go from offense to defense, defense to offense, and I think it rewards the player that has good hands, in particular.”

As a result of her victory, Wozniacki is currently ranked first in the red group. Her place in the semifinals could be confirmed on Wednesday if she and Svitolina win their matches. She will face Simona Halep next in the round-robin tournament.