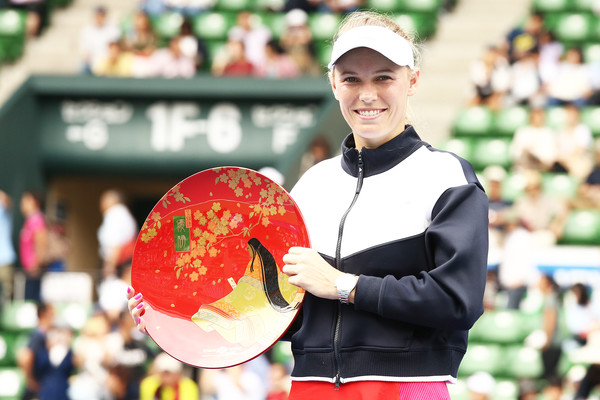 In her seventh final of 2017, former world number one and third seed Caroline Wozniacki finally claimed her first title of the season with a brilliant 6-0, 7-5 display against Anastasia Pavlyuchenkova for her third Toray Pan Pacific Open title.

It was seventh time lucky for defending champion and former world number one Caroline Wozniacki, snapping her 0-6 record in finals in 2017 with her first title of the year at the Toray Pan Pacific Open. The Danish third seed defended her Tokyo title with a brilliant performance against unseeded Russian Anastasia Pavlyuchenkova, claiming her third title in the Japanese capital 6-0, 7-5 in just an hour and 15 minutes to extend her record to an incredible ten straight years with at least one title.

“It feels great. It was really important for me to get there and just stay focused and aggressive and positive. I think I managed to do that, and it feels great to have won the title,” said Wozniacki on her first title in seven finals in 2017.

“I really enjoy playing here in Tokyo. The court suits my game well and I feel good having won the title this year again,” commented the now three-time Toray Pan Pacific Open champion.

In the opening set it was pure domination from Wozniacki, who extended the nine-game winning streak from her 6-2, 6-0 thrashing of world number one Garbine Muguruza in the semifinals into her final today. The defending champion raced out to an early lead, having no problems on serve and breaking an erratic Pavlyuchenkova to go up 3-0 in just six minutes.

The Danish domination continued, taking only 15 minutes to secure a double break and a big 5-0 lead in the first set. Wozniacki wrapped up the opening set in just 20 minutes, breaking her Russian opponent for a third time to secure the bagel set 6-0, her first set in 13 from seven finals this season. 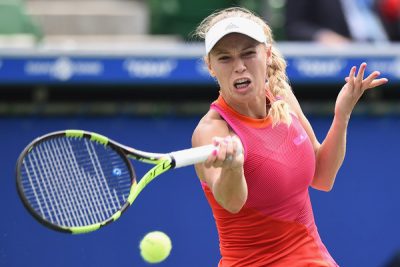 The world number six secured the opening game of the second set, making it seven straight games in this final and 16 consecutive games from leading 3-2 in the first set of her semifinal with top seed Muguruza. Pavlyuchenkova began to get her footing in the match, holding for the first time and snapping Wozniacki’s run of games to level at 1-all. Two straight holds from each brought the set to 3-all, with the Russian’s confidence far higher than it was 20 minutes ago.

Wozniacki and Pavlyuchenkova continued their strong serving in the second set, with the third seed holding to go up 5-4 and force the unseeded Russian to serve to stay in the match. Some confident, big-hitting from Pavlyuchenkova got her out of trouble, saving a match point and eventually holding for 5-all in a far more competitive second set.

Despite missing out on her first match point, the third-seeded Dane handled the pressure, holding to go back up 6-5 and put the pressure back on her Russian opponent to serve to stay in the match. This time around Wozniacki was not to be denied, breaking Pavlyuchenkova on her third match point to secure a successful Tokyo title defense and first title of 2017 6-0, 7-5.

Despite the second set surge from Pavlyuchenkova, Wozniacki was confident and happy with her brilliant performances of the last two days. Describing the match, the Dane said, “Obviously, she’s a very strong player. She plays very powerfully, takes the ball early, so it was really important for me to make her move, and serve well especially. In the first set, everything was going my way and was going really well.”

“In the second set, she managed to serve a little bit better, so it was tricky for me to break her serve. But I think it was a good match for both,” concluded the third seed. 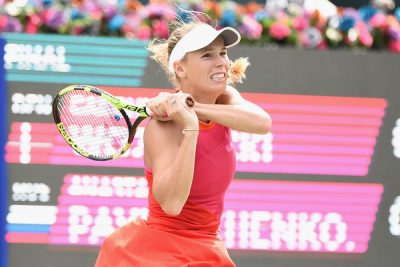 By defending her title here in Tokyo, Wozniacki stays at number six in the world and moves into five in the Porsche Race to Singapore, making her very likely to qualify for the year-ending WTA Finals in Singapore. Asked about that accomplishment, the former world number one said, “I’m just happy that it’s been a great year and hopefully I can finish it off strong with the last few events.”