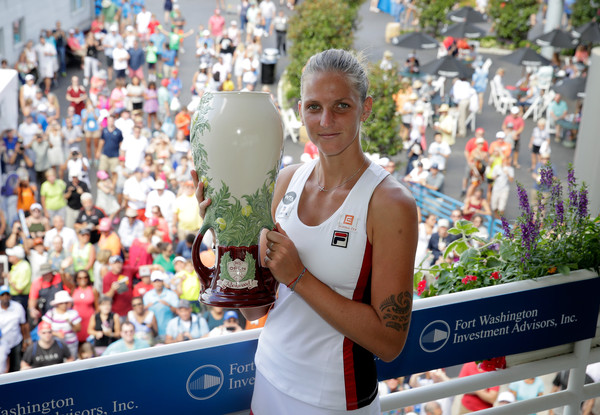 Another incredible women’s field has been announced for the Western & Southern Open, a WTA Premier 5 event, in Cincinnati, where 39 of the world’s top 43 are set to take the hard courts of the Lindner Family Tennis Center.

At a highly anticipated player field announcement party, the Western & Southern Open, a WTA Premier 5 event on the US Open Series leading up to the final major of the year, the US Open, revealed another star-studded entry list for this year’s tournament in Mason, Ohio. Set to appear at the Lindner Family Tennis Center in Cincinnati is a jam-packed 39 0f the world’s top 43 players in the WTA rankings.

Headlining the field in Ohio is defending champion Karolina Pliskova, who will rise to world number one for the first time in her career come Monday, returning to the place where her impressive run to the top ranking spot began. Joining the big-serving Czech in Cincinnati is two-time runner-up and soon-t0-be former number one Angelique Kerber and 2015 finalist and world number two Simona Halep. Also joining an impressive field in Mason is American number one and seven-time Grand Slam champion Venus Williams, who is going for a sixth Wimbledon title on Saturday in London, and another powerful home hope Madison Keys.

As has unfortunately been a theme over the last 12 months in women’s tennis there are some notable absences as well from the entry list in Cincinnati, as two-time champion and 23-time major champion Serena Williams will not play for the rest of the year due to the upcoming birth of her first child.

Also missing from the Western & Southern Open player field is Switzerland’s Timea Bacsinszky, China’s Shuai Zhang, and German Laura Siegemund, who tore her ACL earlier this year ahead of the French Open in Nurenberg. 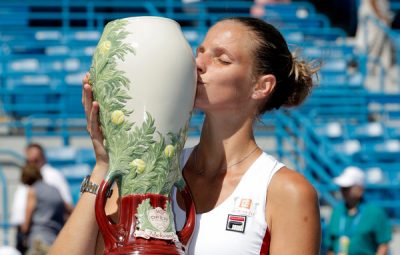 Some potential wildcards may also be announced closer to the tournament as 2011 champion and five-time Grand Slam winner Maria Sharapova, who made her return from a doping suspension in April in Stuttgart, 2013 champion and two-time Australian Open titlist Victoria Azarenka, and American Sloane Stephens all missed the entry cutoff due to their rankings.

The Sharapova case will be a very interesting one, as the Russian former world number one has already been given main draw wildcards by other US Open Series tournaments in Stanford and Toronto, but Cincinnati has yet to grant a wildcard of any kind to Sharapova. The Western & Southern Open’s decision could serve as a litmus test for what the US Open does for a wildcard for Sharapova as well, as the world number 180 will make the entry cutoff for US Open qualifying, but would need a main draw wildcard from the USTA to be automatically into the main draw at Flushing Meadows.

Why Wimbledon Are Forcing Players To Change Their Underwear