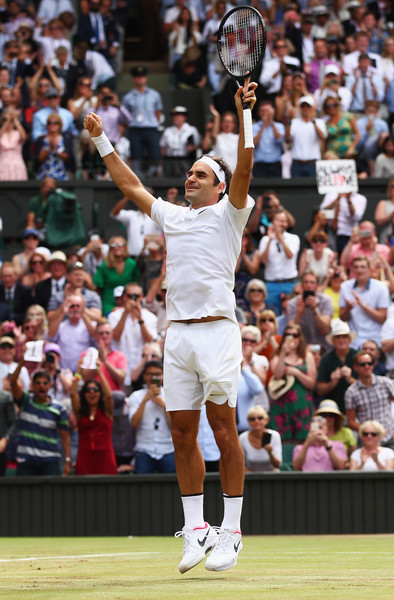 After his Wimbledon victory on Sunday, Roger Federer has officially booked his place alongside Rafael Nadal at the season ending finale at the O2 Arena in London. While Marcelo Melo and Lukasz Kubot are the first doubles team to qualify for London.

The Swiss maestro, who won his eighth title at Wimbledon over the weekend, now joins Rafael Nadal in the season ending finale in London. He will appear at the ATP World Tour Finals for a record 15th time as he has turned back the clock to produce stunning tennis. He has won five titles which include the Australian Open, Indian Wells, Miami, Halle and Wimbledon. Federer expressed his delight at returning to London saying, “I look forward to returning to London in November, I was sad not to be able to compete last year as I love playing there and had not missed the event since 2002.”

He joins Rafael Nadal who was the first player to qualify after winning his 10th Roland Garros title. The Spaniard has won three other titles including Monte Carlo, Barcelona and Madrid. He was also a finalist at the Australian Open, Miami and Acapulco. Here are the standings heading into the second half of the season: 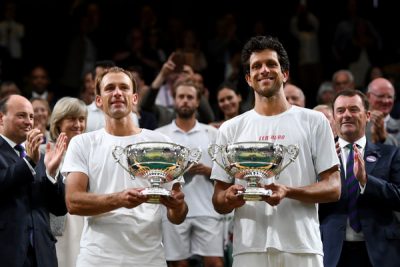 In the doubles event Marcelo Melo and Lukasz Kubot have qualified for the doubles event at the O2 Arena in November. The Brazilian and Polish connection sealed their place in London after their thrilling Wimbledon triumph that had the Centre Court crowd hooked.

Melo, who has overtaken Henri Kontinen as world number one in this weeks rankings, has been very successful with Kubot as the pair won have won titles this season and remained undefeated throughout the entire grass court season. Their title wins came in Miami, Madrid, S-Hertogenbosch, Halle and Wimbledon. Here are the teams who are in the top eight as it stands: 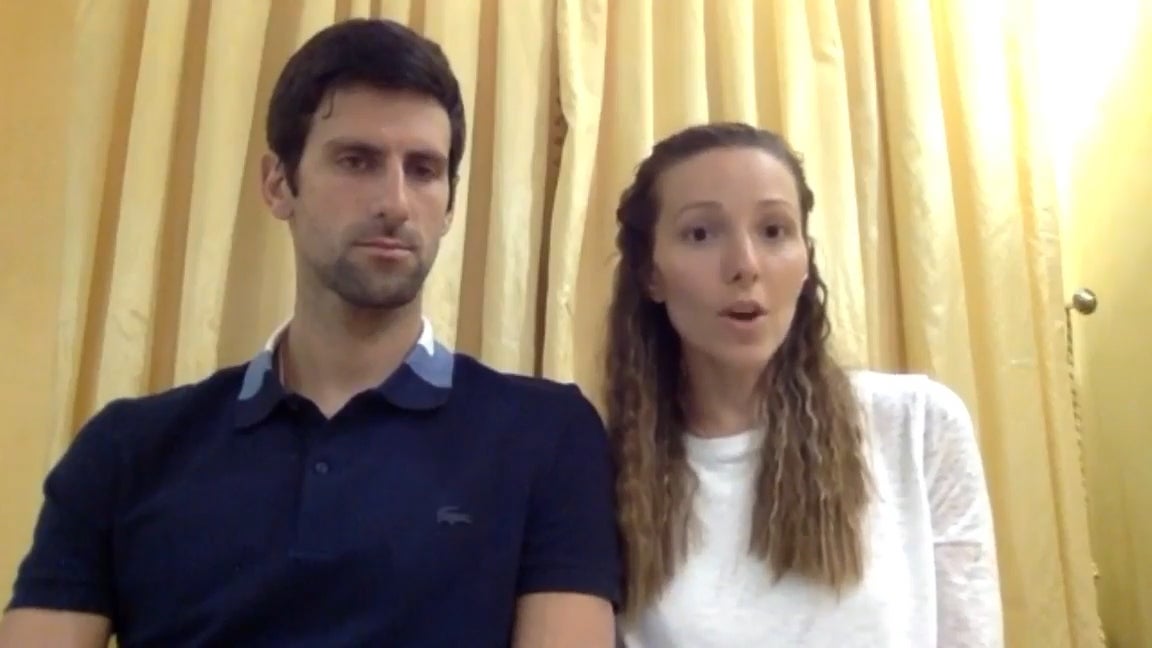 World number 1 and 2020 Australian Open champion Novak Djokovic and his wife Jelena will donate one million euros to help Serbia buy respirators to fight against Covid-19.

Djokovic is spending time with his family in the Southern Spanish town of Marbella during the quarantine under nationwide lockdown orders.

The Serbian tennis star thanked China for sending shipments of medical equipment and doctors to help Serbia fight against Covid-19. Seven people have died and more than 450 have been infected with Covid-19.

“Our donation is for the purpose of life-saving respirators and other sanitory equipment. I don’t remember so much time with my family since I became father. I thank China from the bottom of my heart on behalf of myself and the entire nation. ”, said Djokovic.

The Novak Djokovic Foundation is working on ensuring that the equipment arrives in Serbia as soon as possible.

“Over the past few days, we used our contacts with different companies from China and Europe to understand all options we have for procuring the necessary equipment, primarily ventilators. Through the Novak Djokovic Foundation we will donate a million dollars for ventilators, and our team will be overseeing the whole thing and ensure that there are no problems. With that, we want to make our contribution and help our team and our government in these challenging times”, said Djokovic.

Djokovic praised all medical workers, who are caring for workers, and expressed his admiration for their selfless and devoted efforts.

“We will keep bringing people together for calling me every day and who want to join in. Not everyone can help, many are hit hard by this situation, but fortunately there are many people and companies who can help. We will open a special account for this emergency situation, like we did the last time when we were hit by floods. Noovak Djokovic Foundation team is working like a well- oiled machine and we are ready to help. The fight is not easy. Numbers are not pleasant, but I am convinced that we will manage to make it out stronger than before. It is important to remain united in this fight, to help each other, so we can defeat this disease faster and easier. We would like to use this opportunity to invite everyone else to join us and help to survive and get healthy again”. 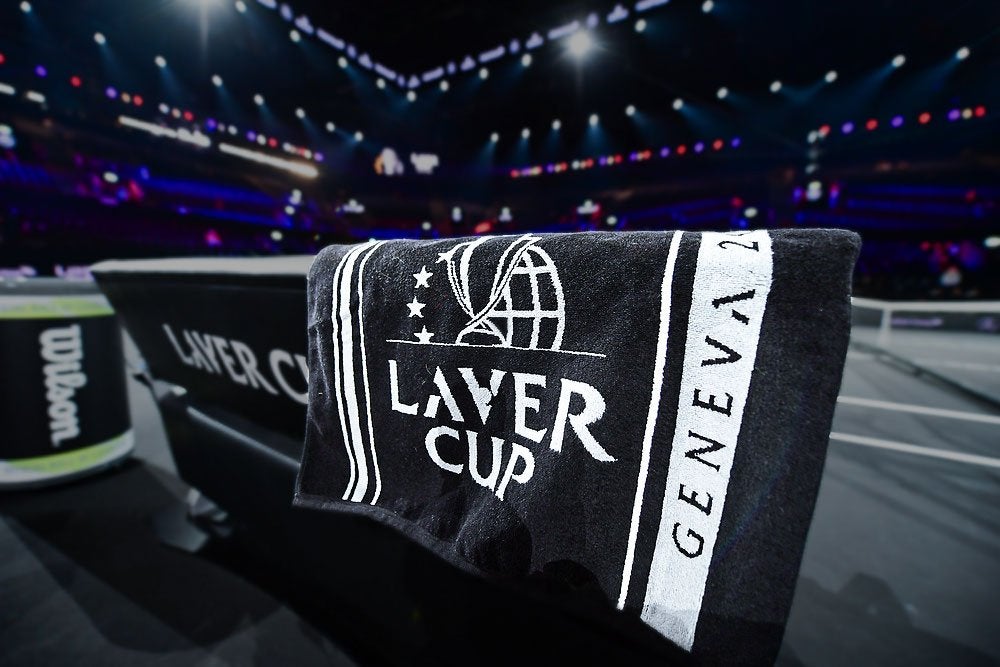 The organisers of the Laver Cup have confirmed that they are still planning to stage third tournament as planned despite the clash with the French Open. They claimed that the announcement came as a surprise to them.

The Laver Cup featured Rafael Nadal and Novak Djokovic, who will not take part in this year’s event, if it overlaps with the French Open. Roger Federer would be forced to miss Roland Garros if this clash. At the Laver Cup European Team players will face a World team.

Tennis fans will hope that the ATP, the ITF and the WTA will find a solution.

“I am not in the shoes of the French Tennis Federation so I can’t comment on decisions they make. I am confidenti t will eventually work out. At this point the Laver Cup is planning to go ahead. There was not communication in it, but I am not in their shoe. We are in a different world right now. We have got to be in a position where we help and support each other. We are confident that this will resolve itself in the future. There is going to be many changes in the calendar as a result of this. I am optimistic that everything will work out well in the end. The Grand Slams are amongst the most watched sporting events globally. A lot of things have worked really well. I am being highly optimistic”, said Australian Open Tournament Director Craig Tiley.