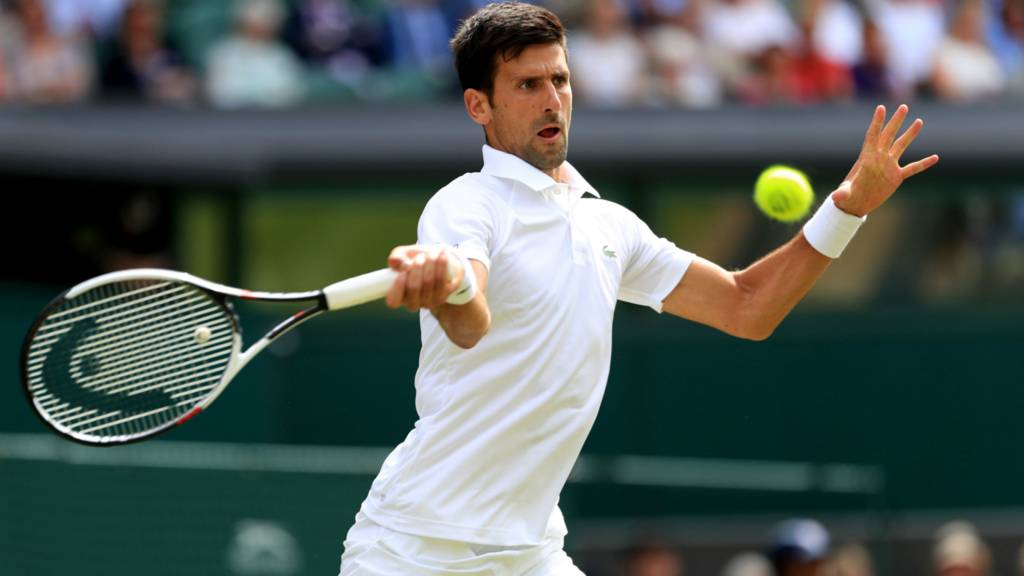 Novak Djokovic was not out on Centre Court for long in his opening round match at Wimbledon after Martin Klizan unfortunately had to retire early in the second set due to a recurring calf injury.

The second seed was not forced to play his best as Klizan struggled from the outset, but did enough to look comfortable on the scoreline leading 6-3, 2-0 after 40 minutes before the Slovak called time on the match.

The recent champion in Eastbourne will face Adam Pavlasek in the second round after the Czech came from a set down to defeat Ernesto Escobedo 6-7(7), 6-1, 6-3, 6-1 to earn his first Tour level win in over 11 months.

Heading into the match the odds were stacked against the world number 47. Klizan was already struggling with injury heading into The Championships and it was a tournament which has never been a happy hunting ground for him, winning just one match here in five visits, losing in the opening round at SW19 for the last four years in a row. Djokovic had also had little trouble against the Slovakian number one in their previous meetings, winning all three, with his latest victory coming earlier this year in Acapulco 6-3, 7-6(4).

Despite not being physically 100 percent, Klizan stayed with the three-time Wimbledon champion early on, holding his opening three service games and having the first half chance at breaking serve up 15-30 in the seventh game.

In the following game Djokovic looked to step up his game having been frustrated early on. A double fault followed by a poor decision from Klizan to leave a return of serve which dropped in left him facing two break points. A couple of big serves and a well executed drop shot moved the Slovak to game point, but the second seed did not let him off the hook and secured the first break after Klizan struck his top spin forehand wide.

Djokovic had little trouble closing out the opening set 6-3 after just under half an hour and impressed on serve, winning 91% of points when his first serve found the mark.

The world number four broke immediately at the start of the second set and held serve before Klizan came to the net to shake hands in a disappointing end to the match for the crowd on Centre Court.