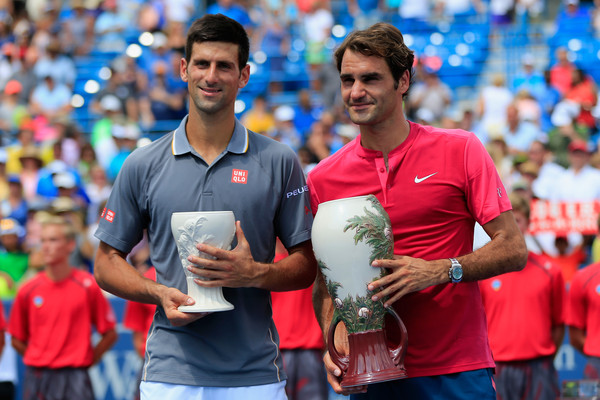 The Western & Southern Open, an ATP World Tour Masters 1000 event, announced their star-studded player field for 2017, with all the top 44 players in the world set to return to the Lindner Family Tennis Center in Cincinnati.

At a highly anticipated player field announcement party, the Western & Southern Open, an ATP World Tour Masters 1000 event on the US Open Series leading up to the final major of the year, the US Open, revealed another star-studded entry list for this year’s tournament in Mason, Ohio. Set to appear at the Lindner Family Tennis Center in Cincinnati are all the top 44 men’s players in the ATP rankings.

Leading this year’s field at the seventh on nine Masters events on tour is seven-time champion and 18-time Grand Slam winner Roger Federer, who after being forced to miss last year’s tournament is gunning for his fourth title in the last six years on Center Court in the Cincinnati suburb. Joining the Swiss world number five is world number one and two-time winner Andy Murray, 2013 champion and 15-time major champion Rafael Nadal, and defending champion and 2014 US Open champion Marin Cilic.

Also leading the field this year is 12-time Grand Slam champion and world number four Novak Djokovic, who is once again seeking history in Cincinnati as he goes for the Golden Masters, having won all nine ATP World Tour Masters 1000 crowns. The Serb former world number one will be going for his first Western & Southern Open title, barring the elbow injury that forced him to retire from Wimbledon is healed in time to play. 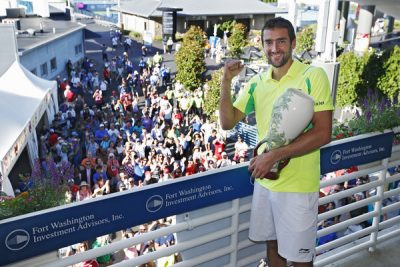 With last year’s champion and runner-up Cilic and Murray already slated to play in America’s Midwest, the other top players set to battle in the heat of an Ohio summer on the hard courts of Cincinnati are three-time major winner Stan Wawrinka, American number one Jack Sock, and two more big serving home players in John Isner and Sam Querrey.

Endorsed By Rival Federer, Marin Cilic Is Relishing His Confidence Boost At Wimbledon