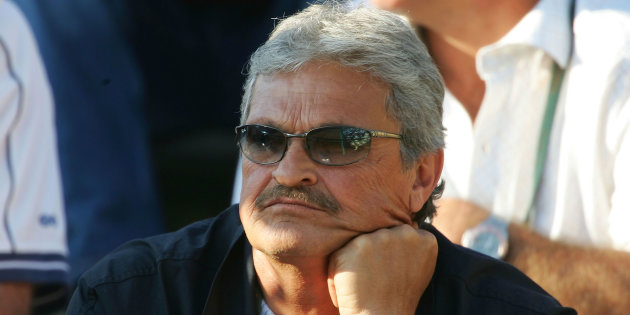 San Diego police have confirmed that the father of former top-10 player Mark Philippoussis has been arrested on suspicion of molesting children.

Nikolaos Philippoussis was arrested at his home in Mira Mesa, San Diego on Tuesday morning according to a police statement. He is accused of molesting two children that he was coaching in the country. According to one tweet for the San Diego police department (which has since been deleted), detectives are investigating if there are any further victims.

“(Nikolaos) Philippoussis works as a personal tennis coach in Northern San Diego County and the alleged molestation victims took tennis lessons from him,” lieutenant Rylaarsdam said.
“The investigation is ongoing at this time.”

“He was booked on 12 accounts of child abuse, child molestation and they are pretty serious.” A police official told Fox 5. “The victims have not been identified and will not be identified. At this point we are doing our best to try and shield them.”

Throughout his son’s tennis career, Nikolaos was a pivotal member of his coaching team by being his manager and coach at different stages. Philippoussis achieved a ranking high of 8th in 1999 and is a two-time grand slam finalist. He won a total of 11 ATP titles between 1995-2006.

In June Philippoussis paid a touching tribute to his father on Father’s day. In an instagram post he described him as somebody who always protected him and guided him through life.

Happy Father’s Day dad, you were (and still are) always by my side protecting me and guiding me through life, and now watching you do the same with your grandson Nicholas is so beautiful to watch and I remain so grateful and blessed. Also a Happy Fathers Day to all the fathers today. 🙏🏼💙 #happyfathersday #family #love #thankful #grateful #blessed #beautiful #life

There has been no comment from the former player following his father’s arrest. Nikolaos is set to appear in court at 8am on Wednesday morning local time.

Earlier today (Tuesday), detectives from the San Diego County Sheriff’s Department’s Child Abuse Unit arrested Nikolaos Philippoussis, age 68, at his residence in Mira Mesa for multiple counts of lewd and lascivious acts with two minor victims. Philippoussis works as a personal tennis coach in Northern San Diego County and the alleged molestation victims took tennis lessons from him. The investigation is ongoing at this time. Anyone with information related to this incident is asked to call the Sheriff’s Department at (858) 974-2310.

Eugenie Bouchard Stands By Her Criticism Of Sharapova