It was a tale of two halves on day 12 at the French Open with the men’s semifinal matches.

Stan Wawrinka required over four-and-a-half hours to defeat world No.1 Andy Murray. The Swiss player recovered from two-sets-to-one down by fighting back to win 6-7(6), 6-3, 5-7, 7-6(3), 6-1. Wawrinka will now be bidding to win his fourth grand slam title.

Awaiting the 32-year-old in the final will be nine-time champion Rafael Nadal. The Spaniard became only the third man in history to reach ten finals at the same grand slam by brushing aside Austria’s Dominic Thiem 6-3, 6-4, 6-0, in just over two hours.

Ubitennis director Ubaldo Scanagatta and tennis Hall of Famer Steve Flink provide their analysis about both matches as well as a preview for Saturday’s women’s final between Simona Halep and Jelena Ostapenko.

Related Topics:2017 French OpenVideo
Up Next 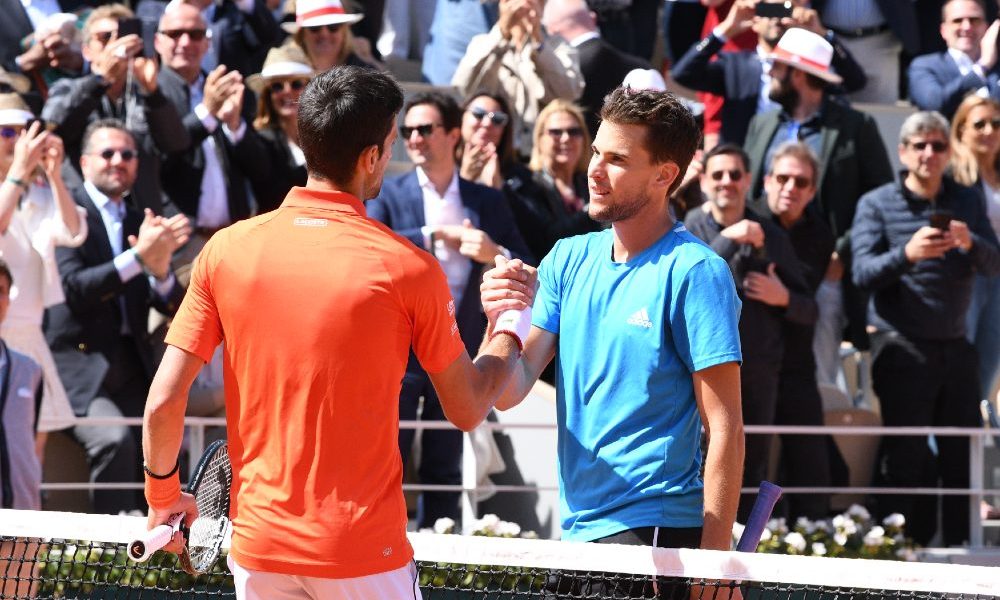 The American journalist joined UbiTennis CEO Ubaldo Scanagatta to comment on the draw of the Parisian Slam. Is Nadal still the favourite? Halep is the one to beat in the women’s draw, while nobody had it worse than Thiem.

Even though the US Open is barely over, another Major, the Roland Garros, is fast approaching. Along with it, Ubaldo Scanagatta and Steve Flink’s recap videos are coming back as well, starting with the draw of the tournament, which will be played for the first time between September and October. Here’s the video:

00:00 – The men’s draw. Scanagatta: “We have two bonafide blockbusters in the first round, i.e. Murray vs Wawrinka and Thiem vs Cilic”. Who got the easier path, Djokovic or Nadal?

04:40 – Thiem got by far the hardest draw – will he be able to survive meetings with Cilic and Ruud before facing one between Murray, Wawrinka and Auger Aliassime before potentially squaring off with Schwartzman and Nadal? “Let’s not forget that he hasn’t played on clay yet…”

07:35 – “Nadal played well below his usual level against Schwartzman in Rome, he’ll have to find his rhythm in the opening rounds.” Is there anyone that could challenge him early on?

08:40 – What about Djokovic – who could be a foil for the Serbian’s ambitions?

18:30 – The underdogs: “I don’t see Medvedev going far, I wouldn’t be surprised if Fucsovics beat him.”

26:45 – Goffin vs Sinner: “The Italian ran out of gas against Dimitrov, but Goffin’s performance in Rome was even worse. We know that Sinner already has several Top 10 wins…” How will the Americans and Aussies fare?

31:35 – The women’s draw. “It feels a bit like the US Open, so many withdrawals!” Osaka, Andreescu and Barty are out, so who can beat Simona Halep?

33:10 – “The Romanian won in Prague and in Rome, while the second seed, Pliskova, retired against her in the Italian final, so we shall have to wait to ascertain her fitness level.” Was skipping hardcourts a wise choice on Halep’s part?

36:40 – The top half of the draw seems to be more competitive, thanks to the presence, besides Halep’s, of Bertens, Voundrosova, Svitolina, and Mertens. Who will come out of the bottom half? Kvitova’s struggles on the surface.

41:15 – Are we in for a Williams-Azarenka rematch? There are many Americans – what are their chances? 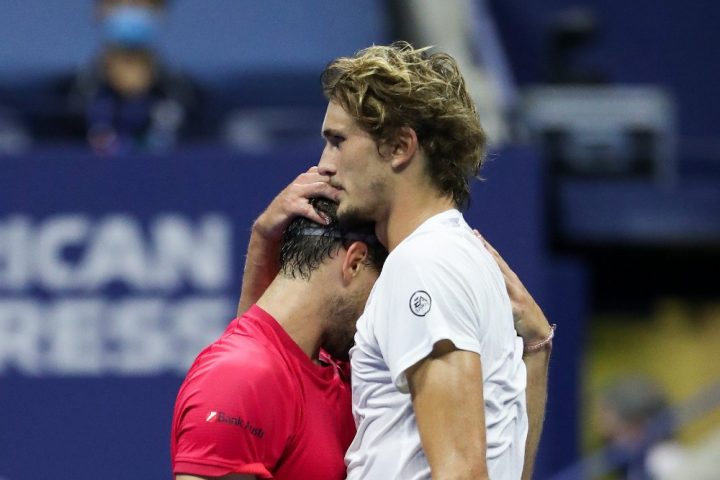 In their last US Open-themed video, Ubaldo Scanagatta and Steve Flink comment on the four-hour-long men’s final between the Austrian and the German, with the former clinching his maiden Slam title.

American journalist and Hall-of-Famer Steve Flink joined the CEO of UbiTennis to talk about the Flushing Meadows final, a thrilling if not very qualitative bout between Dominic Thiem and Alexander Zverev, with the world N.3 emerging victorious at the end of a fifth set tie-breaker that capped off a comeback from two sets down. What were the reasons behind the two players’ evident tightness? What to expect from the French Open, which will start in a fortnight and will feature both Djokovic and Nadal? Find out in the video:

00:00 – “It was a strange final, they didn’t play up to their standards, both were incredibly tense. As a whole, the level was lower than that of Slam finals involving the Big Three.

02:00 – “Zverev’s downfall was to lose one of the breaks of serve he had gotten in the second set. Had he won with a score of 6-1 or 6-2, Thiem’s mindset going into the third would not have been as hopeful…”

06:10 – Flink: “What I’d like to highlight is their courage. I feel sorry for Zverev, he squandered several opportunities.” Will he shake off this defeat quickly?

08:55 – Some past players came back stronger after failing to win a Slam, such as Murray and Lendl – will Zverev get another shot?

10:30 – “If Thiem had lost this match, it would have been devastating for him, because one thing is to lose as the underdog, another to do so as the favourite…”

16:00 – The Big Three were never crushed by the pressure, even in their early Major finals – why did Thiem and Zverev, two of the best players born in the Nineties, seem so nervous?

19:00 – “We haven’t seen Nadal yet since the season resumed…” If he is not at the top of his game, could Thiem win the French Open too? What about Djokovic?

25:30 – The French Open will have some fans in the house, as well as the press – the right call, especially in the wake of the huge surge in cases that France is experiencing?

31:15 – How do Ubaldo and Steve rate the performance of the USTA throughout the last three weeks? Will the French federation be able to avoid a Covid-19 outbreak as well?

Ubaldo explains how Dominic Thiem won his first grand slam title at the US Open. 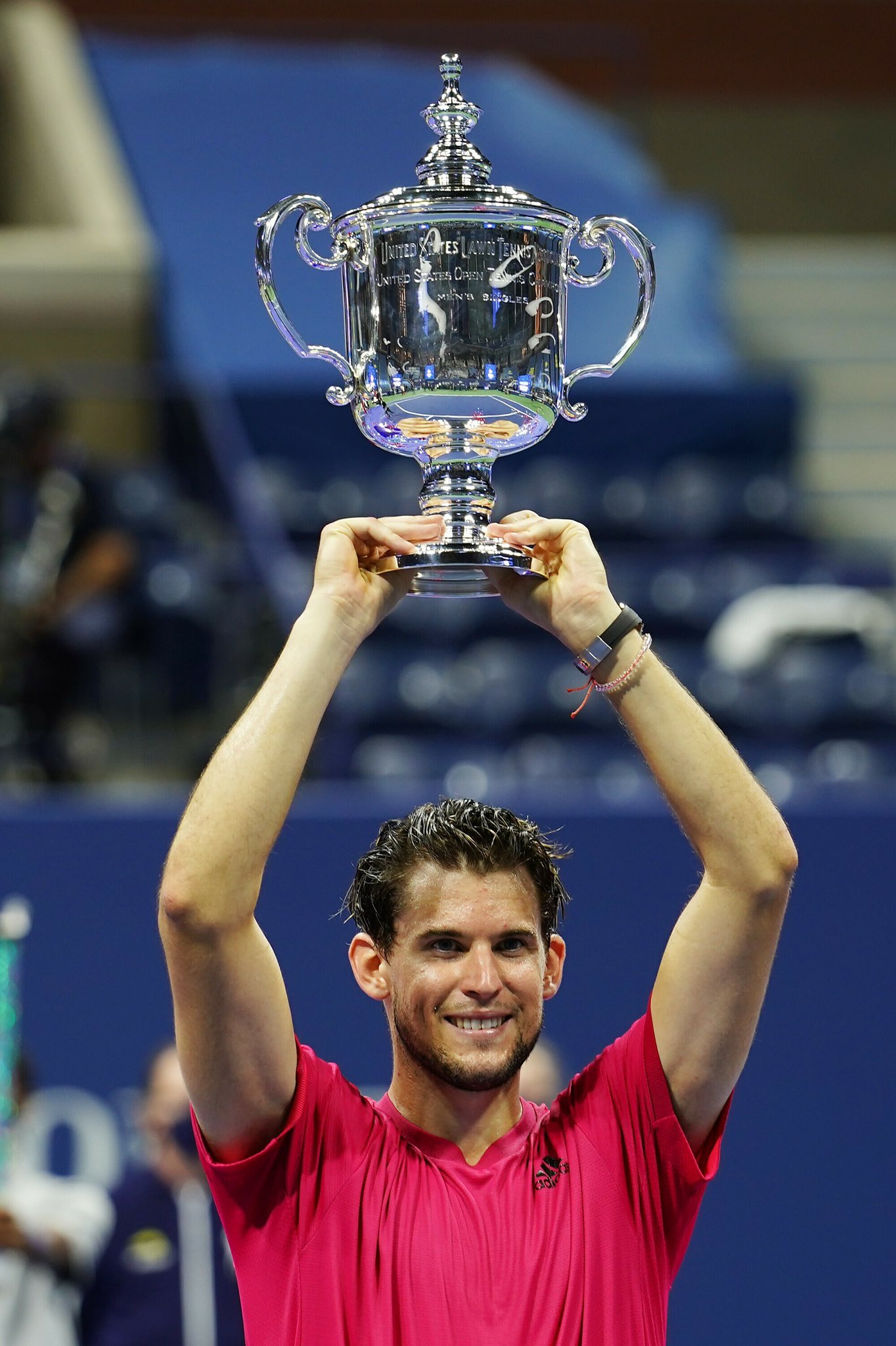 In this video, Ubaldo reflects on what Sunday night’s New York thriller means for both Thiem and Zverev, as well as how this links into the clay court season.