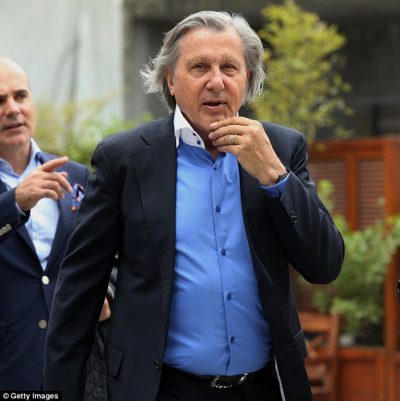 The Fed Cup World Group Play Off tie between Romania and Great Britain was temporarily suspended in Constanta as Romanian Fed Cup captain Ilie Nastase was seen Arguing with the umpire and caught being rude to Anne Keothavong and Johanna Konta.

Nastase has caused controversy after firstly telling the umpire that ‘It’s not the opera, what’s your f****** problem?’ after telling the audience had been told to keep quiet.

The Romanian continued to protest and was told to leave the court, however Nastase was not finished there because as he walked up the stairs he told British Fed Cup captain Anne Keothavong and Johanna Konta that they were ‘f****** bitches’ twice.

The world number Konta was left visibly upset as her match was temporarily suspended against Sorana Cirstea, where Konta lead 6-3 3-1. Simona Halep made a speech during the break to try and calm the crowd down. The video below illustrates some of what happened:

Of course Nastase, is no stranger to controversy as he made some controversial comments about Serena Williams a few days ago.

Monte-Carlo: A tournament with big upsets