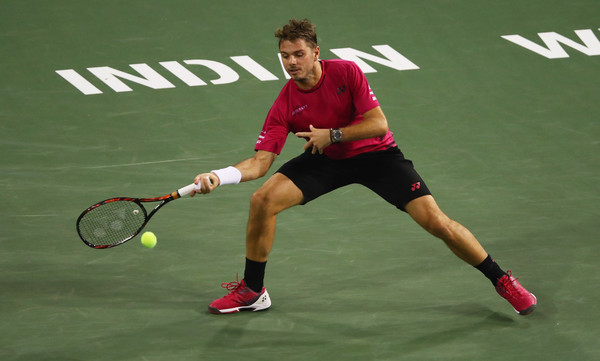 Stanislas Wawrinka produced his best performance of the tournament so far as he dismissed Pablo Carreno Busta in straight sets 6-3, 6-2 to reach his first final at the BNP Paribas Open in Indian Wells.

The first six games of the semifinal were very competitive, but from there on in the Swiss took control, bullying his opponent at times with his raw power. The third seed won nine of the last 11 games in the match to set up a clash with fellow Swiss Roger Federer in Sunday’s final.

Carreno Busta made a strong start, looking to take the ball early and play aggressively from the outset. Somewhat surprisingly the 21st seed’s average groundstroke speed was five miles an hour faster than Wawrinka’s in the opening exchanges (75mph compared to 70mph). In the fifth game the Spaniard opened up a window of opportunity after striking a forceful forehand return of serve followed by a forehand winner to move to 15-30. The Swiss was able to close the door and turned the tables in the next game after a missed forehand gave the third seed a break point of his own. After missing the return of serve the Spaniard escaped with a hold of serve to level at three games all.

After showing his opponent the warning signs, Wawrinka delivered a crucial blow in deciding the fate of the first set in the eighth game. The Swiss ripped two returns of serve deep, right at Carreno Busta’s feet, leaving the 21st seed scrambling as the third seed struck a forehand cross court winner to earn a pivotal break.

Wawrinka caught fire and quickly secured the set advantage, winning 11 of the last 12 points as he held to love to wrap it up 6-3 after 29 minutes. Just a 60% win rate behind his first serve and a 50% win rate behind the second did the real damage to Carreno Busta, particularly in the eighth game.

Carreno Busta faced further pressure to try and stay with his opponent early on in the second set as he faced two break points in the third game. Wawrinka went long with a forehand to squander the first before the Spaniard took control in the following point, bossing proceedings with his forehand. The third seed failed to convert on two more opportunities before finally capitalising with a ferocious forehand to secure the break in a game which lasted just shy of 10 minutes.

That proved to be Carreno Busta’s final stand as Wawrinka continued to go from strength to strength. The Swiss secured a double break before closing the match out on serve to love, booking his place in his fourth Masters 1000 final, his first on US soil.

Murray out, Djokovic doubtful for Miami