Novak Djokovic earns himself another shot at Nick Kyrgios - UBITENNIS 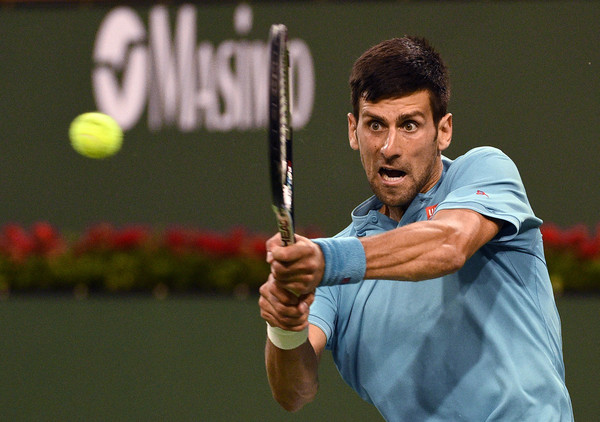 Novak Djokovic looked back as heck tonight. 7-5, 4-6, 6-1 over del Potro. Level in the third was seriously remarkable. Optimism time?

The beginning of the match belonged to del Potro. The Argentine broke Djokovic’s serve in the first game of the first set, and he subsequently held to get up 2-0.

However, Djokovic later broke del Potro at love to tie the set at 3. And del Potro, serving at 5-6 to stay in the set, missed a forehand long on set point, giving Djokovic the set 7-5.

In the second set, del Potro broke Djokovic’s serve in the first game once again. He then made it 2-0 by serving directly into Serbian’s body.

Djokovic, when down 1-2, had three break points in a game that went to deuce four times. Unable to convert any of them, he went down 1-3 and bounced his racket off the ground in frustration.

Then Djokovic, on his own serve in the next game, was behind 30-40 when he missed a smash, putting his opponent up 4-1.

Djokovic tried to turn the set around; he got a love break for 2-4. But del Potro’s serve was too big, even for Djokovic’s world-famous return game. Del Potro held on to the win the second set 6-4.

In the third, Djokovic had three break points on del Potro’s first service game, but the gentle giant served his way out of all of them.

But del Potro, in his next service game, got broken when he missed a backhand slice into the net. It was so bad that he needed a hug afterward.

Then just two games later, Djokovic broke again for 5-1. He then put the match to bed by hitting a backhand winner down the line for a breadstick.

“I don’t think the rankings do justice for the quality of the tennis that [del Potro] plays,” Djokovic said in his on-court interview. “It was definitely difficult to overcome this challenge tonight. He started better in the match. [In] both first and second set, he was a break up. I managed to squeeze the first set through. The third set was probably the best tennis that I’ve played this year, and I’m just glad that I’m able to pick up my game.”

Djokovic’s round-of-16 opponent will be Nick Kyrgios, who made this controversially captioned Instagram post after he beat “The Joker” in their first ever meeting earlier this month:

Kei Nishikori Through To Indian Wells Quarter-Finals After Blip