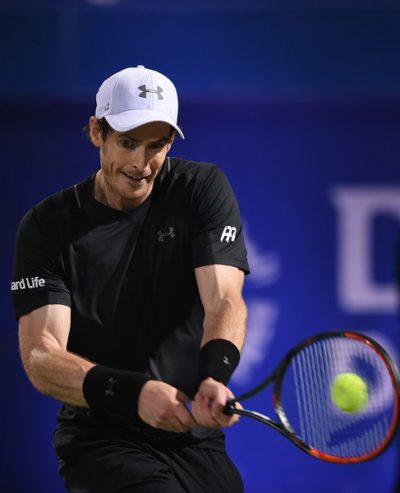 Days after losing his first singles match at the BNP Paribas Open in Indian Wells, Andy Murray has announced his withdrawal from the Miami Open. 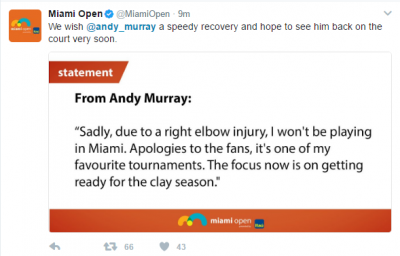 The world No. 2 entered Indian Wells with a draw that was stacked heavily in his favor, with top rivals Roger Federer, Rafael Nadal and world No. 1 Novak Djokovic all on the opposite side of the draw. Still, he lost early to Vasek Pospisil and then had to pull out of the doubles. It’s unclear when he sustained the injury.

In other Miami news, rumors abound that Djokovic, also struggling with an elbow injury, is planning to back out of the Miami tournament as well. According to reports, he immediately saw a doctor in Monaco after he lost at Indian Wells to Nick Kyrgios for the second time in two weeks.

Djokovic has also recently struggled with wrist problems, and somewhat disappointing results. He also lost in the second round of the Australian Open to Denis Istomin.

In addition to Murray and possibly Djokovic, the tournament has also lost another main attraction — world No. 2 Serena Williams, who also did not play Indian Wells.

Main draw play at the Miami Open is set to begin on Wednesday.

Jack Sock speaks of respect for Federer, but feels confident ahead of Indian Wells meeting