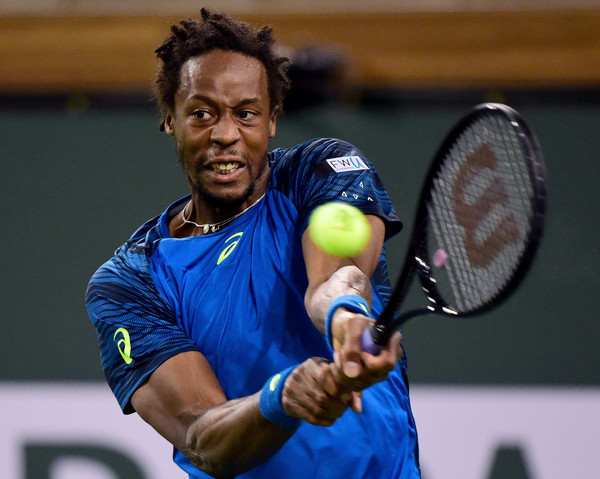 It was a quick evening on Stadium 1, with each match going by in two straightforward sets.

Fans had high expectations heading into the WTA match, as Osaka and Keys had played a crazy one in the 2016 U.S. Open that wound up being decided in a third-set tiebreak.

Down 0-5, Osaka finally got a game, avoiding the bagel by holding at love on a missed backhand from Keys. Still, Keys won the next game to take the set 6-1 in just 19 minutes.

The start of the second set did not look any better for the Japanese teenager. A double fault and three missed forehands gave Keys an unnecessary head start. Then the American went up 2-0 by bullying Osaka with her serve.

After that point, it turned into a highly competitive tennis match. Osaka had numerous chances to tie the set up, but as well as Osaka played, Keys’ strokes were better. The No. 9 seed won the set 6-4 with an ace up the T.

In the round of 16, Keys will take on No. 13 seed Caroline Wozniacki.

On the ATP side, the American and Frenchman went into the match 4-4 against one another. But the John Isner who showed up to play was not the John Isner American tennis fans are used to seeing. The big man had his serve broken three times in two sets.

The first of the breaks came at 1-1 in the opening set. Isner found himself down 15-40. He saved the first break point by popping a big serve. But on the next one, he missed a forehand wide, challenged and lost.

Isner, in his subsequent service game, trailed 0-40. He stole two points with a forehand winner down the line and an unreturned serve, but on the third, he double-faulted, putting Monfils up 4-1.

Isner, who was an Indian Wells finalist in 2012, never found his way back into the set. Monfils won it 6-2.

At 1-1 in the second, Monfils had to play dodgeball on errant Isner volley.

It was all holds from there on out, and Monfils took the set 6-4.

Monfils’s next opponent will be Dominic Thiem, who beat Jeremy Chardy and Mischa Zverev en route to the fourth round.

The Generation Inspired By Serena Williams