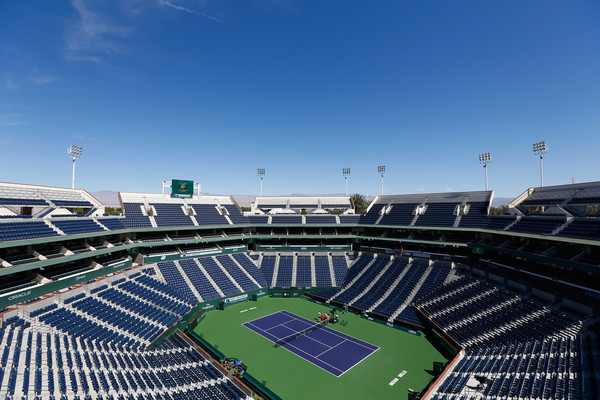 All but one of the Indian Wells main-draw wildcards have gone to American players. Here is an introduction to the fortunate 13.

Ever since 2013, when he became the youngest Orange Bowl boys’ singles champion, Frances Tiafoe has been widely viewed as American men’s tennis’s best hope for producing another superstar. In January, the teenager qualified for the Australian Open reached the second round of the main draw, losing in straight sets to Alexander Zverev. In Acapulco, he fell in a deciding-set tiebreak to his boyhood idol, Juan Martín del Potro.

Although Stefan Kozlov has not yet won a tour-level, main-draw match in 2017, his modest success at the Tempe Challenger has brought him to a career-high ranking of 115. Having had a successful junior career that included two Grand Slam finals and an Orange Bowl title, Kozlov is another one of the many young Americans who grew up with the pressure of high expectations.

At 19, Taylor Fritz seems like he’s almost ready to win on tour. In February, he lost close three-setters to Matthew Eden, Donald Young and Adrian Mannarino.

At a glance, the two most noticeable things about Reilly Opelka are his height (6’11”) and his serve power (up to 233 km/h). But he has the results to backup that flashiness, too. In January, he defeated Casper Ruud in the final round of Australian Open qualifying. And in Memphis, Opelka got a breadstick and a straight-sets win over Jared Donaldson.

Jennifer Brady was one of the big stories from the first week of Melbourne this year. After getting through three rounds of qualifying, the UCLA Bruin won three main-draw fixtures, including a two-hour, 43-minute marathon match against Heather Watson and a two-setter over Elena Vesnina. She lost in the round of of 16 to eventual semi-finalist Mirjana Lučić-Baroni.

So far, Nicole Gibbs’s 2017 has been full of ups and downs. She kicked off the year in Auckland with a first-round exit after losing 1-6, 0-6 to Caroline Wozniacki. Then after qualifying for Hobart, she got bageled in a first-round loss to Andrea Petkovic. But in the Australian Open, she made it to the third round, and she might have gotten further had she not had to play Serena Williams. Then in Taipei City and Acapulco, Gibbs lost each of her first-round matches in three sets.

The only non-American to receive a main-draw wildcard is Croatia’s Donna Vekić, who won Kuala Lumpur in 2014 by beating Dominika Cibulková 5–7, 7–5, 7–6.

With a 282-213 career record, Irina Falconi has been a consistent factor in women’s tennis.  She has one WTA title, Bogota in 2016.

Known primarily as a doubles star (She has six Grand Slam titles, an Olympic gold and a Hopman Cup.), Bethanie Mattek-Sands has been struggling in singles as of late. After failing to qualify for the Australian Open, she fell in the first round of Acapulco (after getting through two rounds of qualifying) 5 and 3 to Heather Watson.

Kayla Day — winner of the 2016 girls’ U.S. Open — will play in her second big event of the year with this wildcard. After getting wildcarded into the Australian Open, the 17-year-old lost 3-6, 2-6 to Andrea Petkovic.

As a Virginia Cavalier, Danielle Collins won the NCAA Division I singles championship in 2014 and 2016.