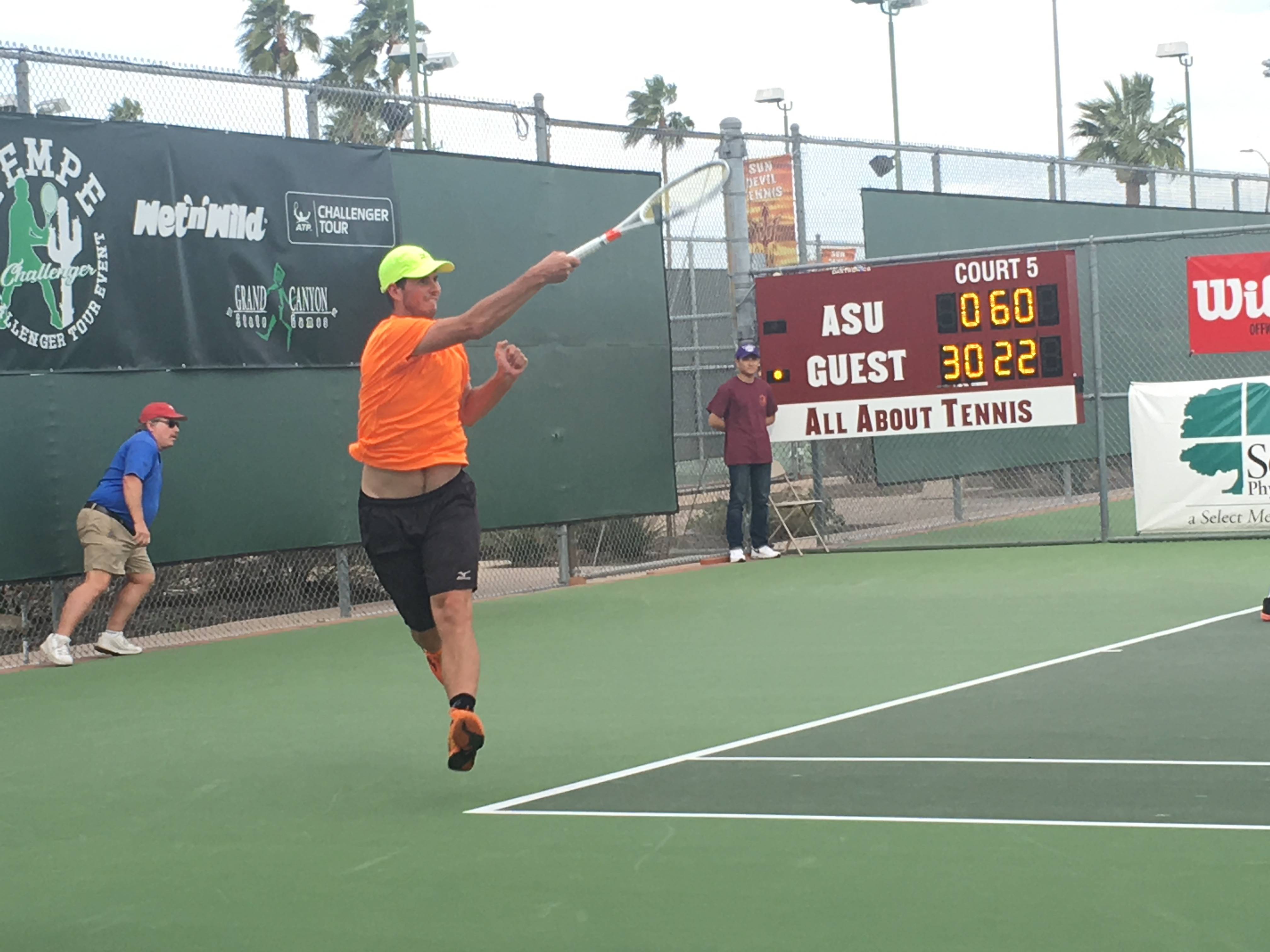 American youngsters Ernesto Escobedo and Stefan Kozlov, seeded No. 1 and No. 2 respectively, were both eliminated in the quarterfinals of the Tempe Challenger on Friday.

In the Stadium Court’s first match of the day, Kozlov fell 3-6, 1-6 to Russian veteran Teymuraz Gabashvili.

After the players exchanged holds in the first two games, three forehands into the net from Kozlov allowed Gabashvili to break first. Gabashvili, seeded fifth, then held easily to take a 3-1 lead.

Down 3-4, Kozlov had a few chances to get the break back, but Gabashvili out-powered the 19-year-old to hold for 5-3.

In the game that followed, Gabashvili broke a second time to take the set 6-3.

The beginning of the end occurred early in the second set, when a series of Kozlov errors put Gabashvili up 3-1. It was all Gabashvili from there, as the Russian consolidated for 4-1, broke for 5-1 and held again for the breadstick and straight-sets win.

Joining Gabashvili in tomorrow’s semifinals will be world No. 209 Nikola Milojević, who defeated No. 277 José Hernández-Fernández 4-6, 6-1, 7-5.

Novikov won the first set by breaking Escobedo in the 10th game to win 6-4.

In the second, Escobedo fought off two match points while down 5-6 on his serve, winning the next two points to force a tiebreak. Escobedo went on to win the tiebreak 7-3, evening the match at one set apiece.

Novikov took the lead in the deciding set after he won a four-deuce game to break for 3-2. The 23-year-old then consolidated to make 4-2, holding the remainder of his service games to win the final set 6-4.

Novikov will play the world No. 198, American Tennys Sandgren, in the semifinals on Saturday. Sandgren beat the tournament’s No. 5 seed, Marco Trungelliti, 6-3, 7-5 in quarters.

In the second doubles semifinal, Hernández-Fernández and Marcelo Arévalo upset No. 1 seeds Novikov and Denys Molchanov in a super tiebreak. After losing the first set 2-6, the winning team took the second 6-3 and won the nail-biter tiebreaker 12-10.

Arévalo and Hernández-Fernández will play Italians Walter Trusendi and Matteo Viola for the title.

Challenger round up: Jerzy Janowicz back in form with title in Bergamo

Gabashvili breezes through first round of Tempe Challenger