Home fans will no doubt be hoping for a good run from the Bulgarian third seed Grigor Dimitrov (Zimbio.com)

Grigor Dimitrov is arguably the main reason that Bulgaria now has a place on the ATP World Tour, with the Australian Open semi-finalist adding exposure to a country with a limited tennis background in the men’s game.

The Bulgarian headlines the tournament that also sees Dominic Thiem, Roberto Bautista Agut and David Goffin participate, in an impressive draw considering there are competing events in Quito and Montpellier.

Draw: (My picks highlighted in bold)

The tournament draw will Dimitrov need to likely overcome top seed Dominic Thiem if he is to reach the final, whilst Roberto Bautista Agut and David Goffin highlight the bottom half of the draw.

Viktor Troicki moves into a seeding position after Philipp Kohlschreiber withdrew with a back injury. Kohlschreiber had played a tough five-set match with Steve Darcis in the Davis Cup and could be feeling the effects still.

That is way I have gone with Darcis to beat seventh seed Baghdatis, as the Belgian’s stunning wins over Kohlschreiber and Alexander Zverev in the Davis Cup, along with a good run in Australia, all point to career-best form for the thirty-two year old.

Similarly, Andrey Kuznetsov is a good shout to beat Martin Klizan, as Klizan has played few matches in the last four months due to injury. He did take Stan Wawrinka to five sets in the first round of the Australian Open, but Kuznetsov did the same with Kei Nishikori.

Jerzy Janowicz is a tough one to call, but he played well in the Quimper Challenger, taking a set from eventual winner Adrian Mannarino in the quarters so I fancy his chances against Dudi Sela.

Novak Djokovic To Skip Dubai As Concerns Mount Over His Shoulder 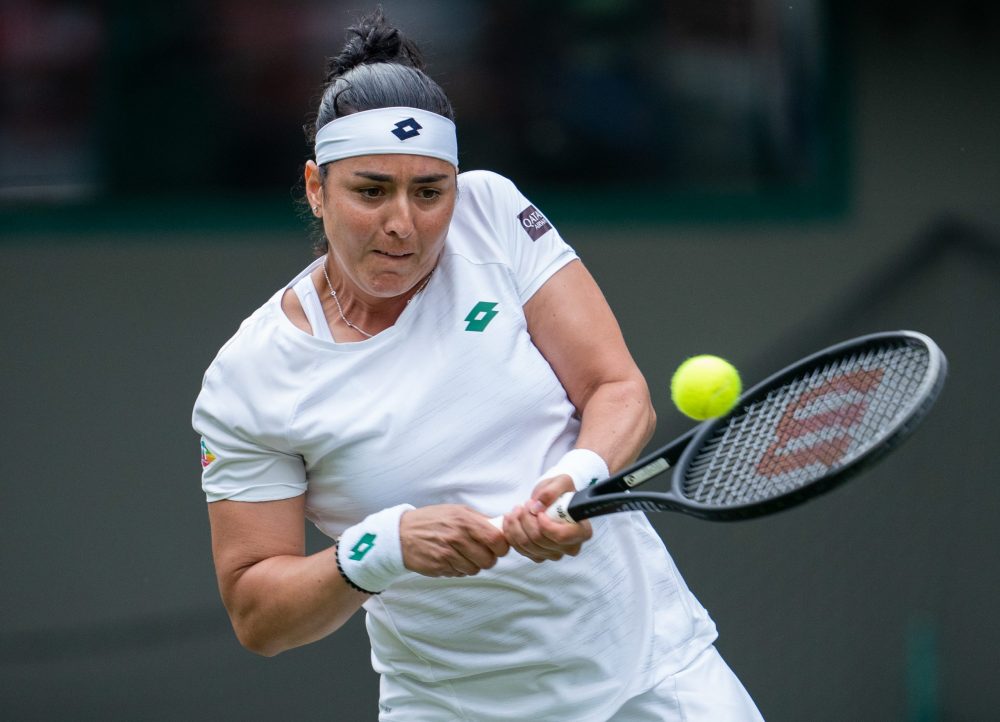 The British veteran has brought delight to home fans at The All England Club. 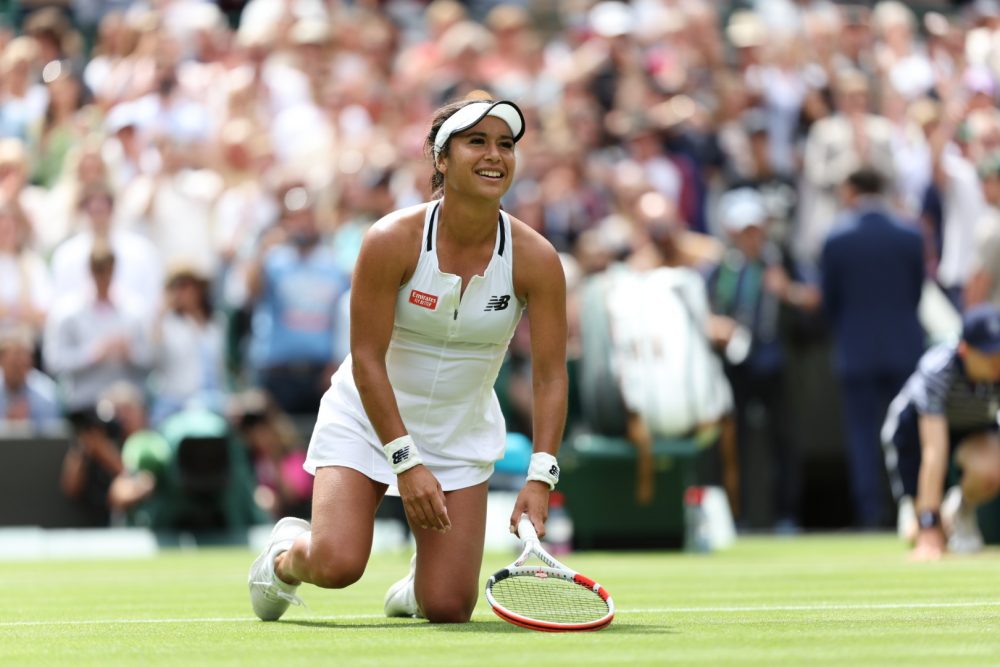 Heather Watson says she has no words to explain her feelings after securing a place in the last 16 at Wimbledon for the first time in her career.

Reaching the third round was nothing new for the Brit after she had done so on three previous occasions at The All England Club. After winning just two games against Agnieszka Radwanska in 2012, she suffered narrow defeats to Serena Williams in 2015 and then Victoria Azarenka two years later. No matter what she tried, it appeared that reaching the last 16 at Wimbledon was too much for Watson.

However, this year was her golden opportunity with her section seeing seeds Belinda Bencic and Beatriz Haddad Maia losing in the first round. Watson’s third round opponent was Kaja Juvan. Coincidentally another player who hasn’t gone beyond the third round at Wimbledon in her career.

Cheered on by the Court One crowd, Watson prevailed 7-6(6), 6-2, after coming through some tricky moments. She was a break down in the first set and then in the second she stormed to a 5-0 lead before nerves started to play havoc. After dropping two games in a row, Watson battled through a 10-minute service game before prevailing on her first match point with a winning volley at the net.

“It wouldn’t be me if there wasn’t a bit of drama at the end. Wow! What an atmosphere,” said Watson.
“There is nowhere I would rather play. You lot (the crowd) got me over the line. I thought she was playing her best tennis at the end.’
“I know I am not speechless as I am blabbing on but I don’t know what to say.”

This year’s Wimbledon is Watson’s 43rd Grand Slam appearance. Heading into the event she has had far from ideal preparation after stuffing an injury scare with her hamstring. Whilst some might have written off her chances of producing a deep run, she never gave up her own belief.

“I wouldn’t still be playing if I thought that ship had sailed,” she stated in her press conference.
“I’ve been in the third round quite a few times here at Wimbledon and the Australian Open.  I was just sort of waiting for it to happen. I waited long enough,’
“I’m really happy to be into the second week of a Grand Slam for singles finally.”

To get to this position, it has been a bumpy ride for Watson this week with her earlier matches in the tournament being hampered by rain delays and night-time suspensions due to poor visibility.

“This is the first time I get to enjoy this win because in my first two matches I was just constantly in focus mode,” she reflected.
“I feel like this win’s very different to the others, not just because I’ve reached one of my goals but because I have a bit of time for it to sink in.”

Awaiting Watson in the last 16 will be Germany’s Jule Niemeier who recorded her first win over a top 10 player earlier in the tournament by defeating Anett Kontaveit. Should she win she will follow in the footsteps of Johanna Konta who is the last British woman to reach a Wimbledon quarter-final back in 2019.

“She’s a really good player, a great talent. When I played her (in Monterrey) she was outside the top hundred. I remember saying to my team, `This girl will be top hundred in no time,” Watson said of her next opponent.
“It will be a tough match. She’s one for the future. I’m going to go home and do my homework.” 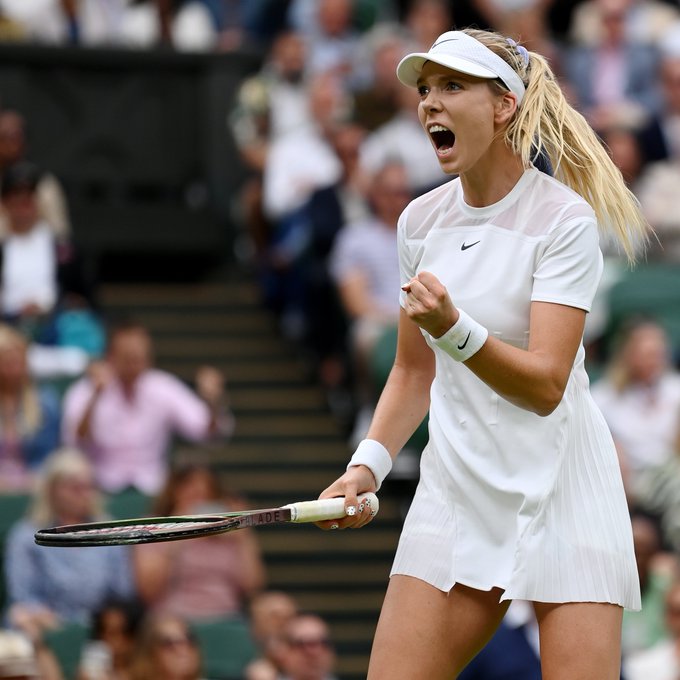 Katie Boulter came back from one set down to beat 2021 finalist Karolina Pliskova 3-6 7-6 (7-4) 6-4 in the second round on Centre Court at Wimbledon. Boulter reaches a Grand Slam third round for the first time in her career.

Boulter beat Pliskova for the second time in as many weeks on home soil. Nine days ago the British player had beaten her Czech opponent 1-6 6-4 6-4 in the second round at Eastbourne.

Boulter went up a 2-0 lead in the first set, but Pliskova wn six of the next seven games to seal the opening set 6-3.

Boulter led by a break twice in the second set, but Pliskova came back both times to draw level on serve. Boulter won the first four points and three of the last four points to clinch the tie-break 7-4.

Boulter converted her second break point to take a 5-4 lead in the decider. The home player hit a forehand winner at 30-30 and sealed the win with a volley at the net after 1 hour and 57 minutes.

“I expect a player of that caliber to come back with better tennis. I think I started really well, and I gave away my advantage a little bit in one of the games. I was a little bit frustrated with that. From then on she picked up her game and her momentum. Pliskova is a very aggressive player. I have to stay really strong because I also know she is going to come in waves. She has been able to put it together many times, which is why she has made the final here before”, said Boulter.

Boulter dedicated her win her win to her granmother Jill, who died earlier this week.

“She is always someone who has been right into tennis from stage one. She lives just down the road from the tennis club. That’s the tennis club that I started playing tennis at. Leistershire is very close to my heart. I have spent a lot of time on the courts there with my grandparents and my family. Her favourite tournament was Wimbledon. That’s why is a special one for me. She would watch every single match, that was on TV”, said Boulter.

“I actually watched her match against Serena. She makes it very difficult. There is a reason she has beaten some really good players this week. I expect nothing less than her to go out and enjoy herself when I play her. It’s going to be a tough battle, but ultimately I am just going to out and enjoy myself some good tennis hopefully”,said Boulter.