Gabashvili breezes through first round of Tempe Challenger - UBITENNIS 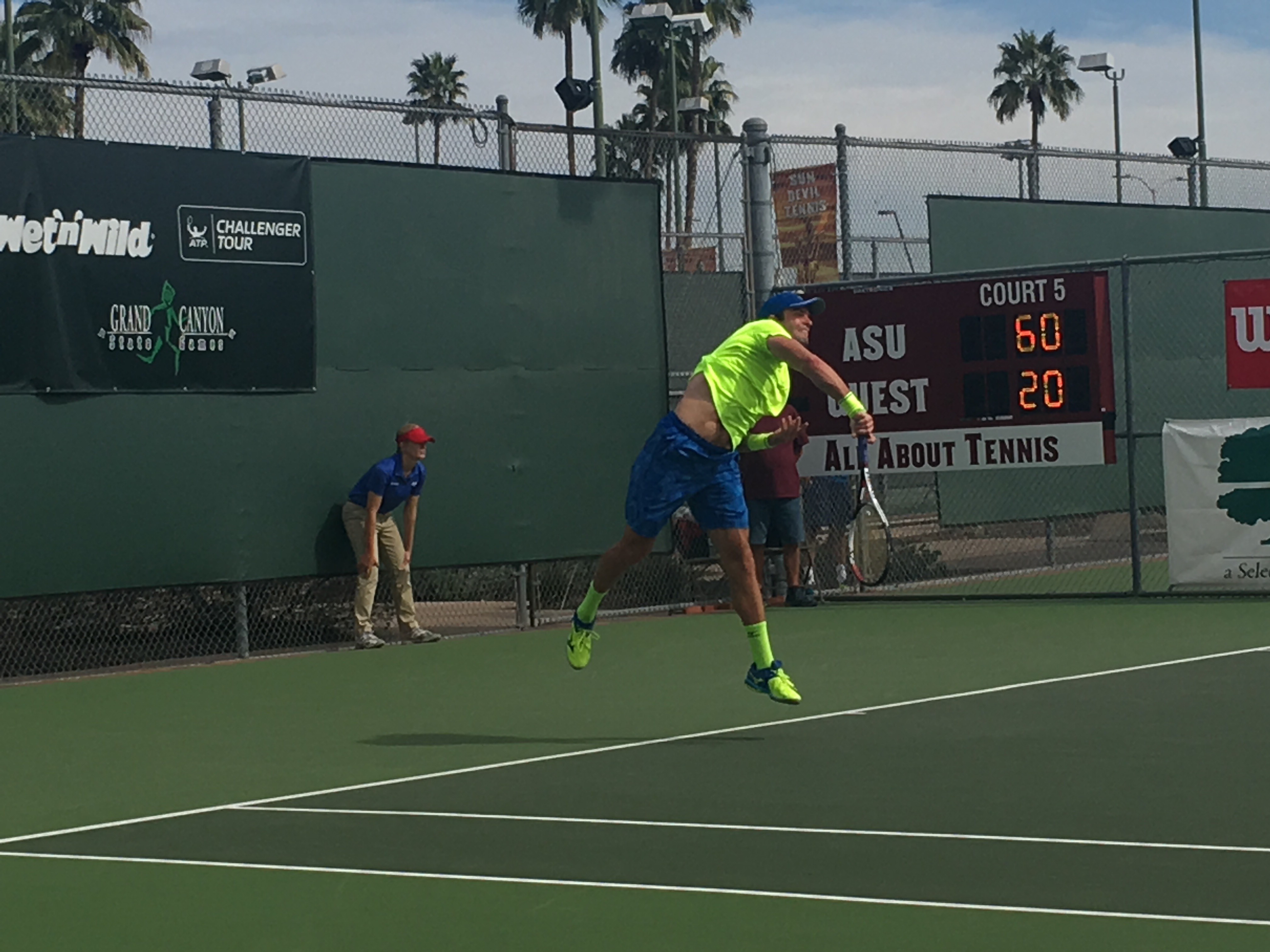 Teymuraz Gabashvili won his first round of the Tempe Challenger 6-2, 6-3 over 22-year-old wild card Michael Geerts.

Seeded sixth in the tournament, the 31-year-old Russian relentlessly dictated play with his weapons, never giving Geerts, ranked 583rd in the world, any real opportunities to take control of the match.

Gabashvili, up 1-0, had three break points in the match’s sophomore game, converting on the second one with a netted forehand from Geerts. Gabashvili then consolidated for 3-0 via two winners from himself and two errors from his opponent.

Later in the set, trailing 1-4, Geerts double-faulted to go down 15-40. Resiliently, he hit forehand winners on back-to-back points to make it deuce. Gabashvili then missed a forehand into the net to hand Geerts the advantage. But Geerts returned the favor to bring it back to deuce. He went on to double-fault again, giving Gabashvili another break point. But the Belgian saved it with a volley winner, and eventually got the hold after two more game points.

Gabashvili, after holding for 5-2, landed a dropshot winner for 15-40 and two set points. He only needed one, though, as Geerts missed a down-the-line backhand wide, letting Gabashvili win the set 6-2.

Gabashvili had a shaky start to the second, needing to fight off two break points before he could hold with  forehand winner.

Gabashvili later broke for 3-1, making it seem like he had the match in the bag. But a bunch of misses from the Russian allowed Geerts to break back for 2-3.

Then at 3-3, Geerts failed to break in a three-deuce game, putting Gabashvili up 4-3 0n serve.

Serving for the match, Gabashvili found himself down 30-40, but he managed to serve his way out to win the set 6-3.

Gabashvili, in his second-round match, will play 19-year-old Akira Santillan from Japan, ranked No. 194.

Related Topics:ATP Challengergabashvil
Up Next