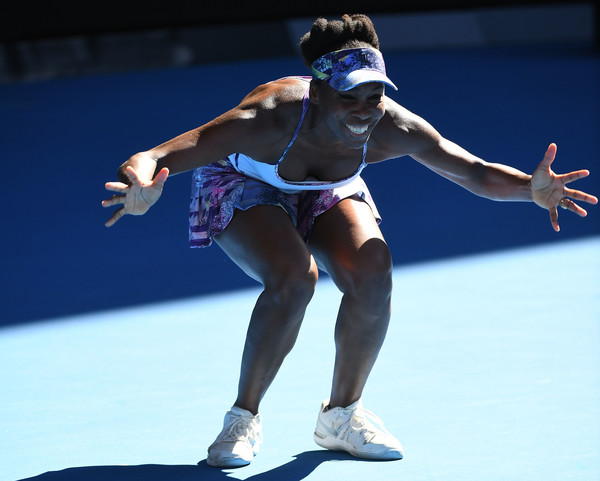 After losing the first set in a tiebreak, Venus Williams outclassed countrywoman CoCo Vandeweghe to win the semifinal by a scoreline of 6(3)-7, 6-2, 6-3.

Williams, in the final, will play the winner of her sister Serena, who beat her in three sets in the 2003 championship.

Williams had a handful of misses in the first game, allowing Vandeweghe to break right out of the gate.

Williams got it right back, though, when Vandeweghe — in her attempt to consolidate — double-faulted by a hair to let her 36-year-old opponent even it at 1-1.

The players found their serves after that, exchanging holds until the set went to a tiebreak.

Vandeweghe mini-broke on the first point the tiebreak by hitting a backhand winner return on Williams’ serve. Williams stayed in it by winning Vandeweghe’s first two service points, but she followed it up by making two unforced errors to go down 2-3.

Vandeweghe then won the next three points, hitting a backhand return winner to go up 6-2. The 25-year-old went on to win the breaker 7-3.

Williams drew first blood in the second set by breaking Vandeweghe at love, prompting the first-time Slam semifinalist to toss her racket on the ground.

Vandeweghe had two break-back points in the came that followed, but she failed to convert any of them, giving Williams a 3-1 lead.

Vandeweghe then double-faulted twice in her next service game, putting Williams up 4-1.

Williams’ subsequent service game went to four deuces, but she was able to come out on top for 5-1.

Vandeweghe had another chance to break at 5-2, but Williams managed to close out the set with an exclamation point — back-to-back aces.

Williams kicked off the third set with a break thanks to some unforced errors by Vandeweghe.

She then gave Vandeweghe two break points in the next game, but served her way to 2-0 anyway.

Up 5-3, Williams earned herself two match points at 15-40 on Vandeweghe’s serve. An ace up the T from Vandeweghe and a netted backhand from Williams brought the game to deuce. Williams then forced an error for a third match point, which she lost by missing a forehand into the net. Vandeweghe then double-faulted and overcooked a forehand to give Williams the deciding set 6-3.

“Everyone has their moment in the sun. Maybe mine has gone on awhile, but I’d like to keep that going. I got nothin’ else to do,” Williams said during her post-match celebration.